Origin of life is still in a debate, and there are several theories about it. According to Oparin-Haldane theory, simple molecules polymerized into complex molecules and then these complex molecules formed aggregates, which were known as coacervates and microspheres. Coacervates and microspheres are cell-like structures, and they resemble living cells. But, they do not show all the properties of cells. They form spontaneously in certain liquids.  They are surrounded by a membrane. These structures are able to take certain substances inside them. Furthermore, chemical reactions can also occur within these structures.

Coacervates are membrane-bound vesicles like structures, and they are microscopic. Moreover, it is assumed that they are formed by the aggregation of complex organic compounds mainly lipid compounds. They resemble living cells. However, they do not contain heredity material and all the properties which show by the living cells. Coacervates surround by a membrane-like a boundary. They are able to take substances from their surroundings and grow in size. Once grow into a certain limit, they divide and form new coacervates. Inside these coacervates, chemical reactions can happen easier than the outside. 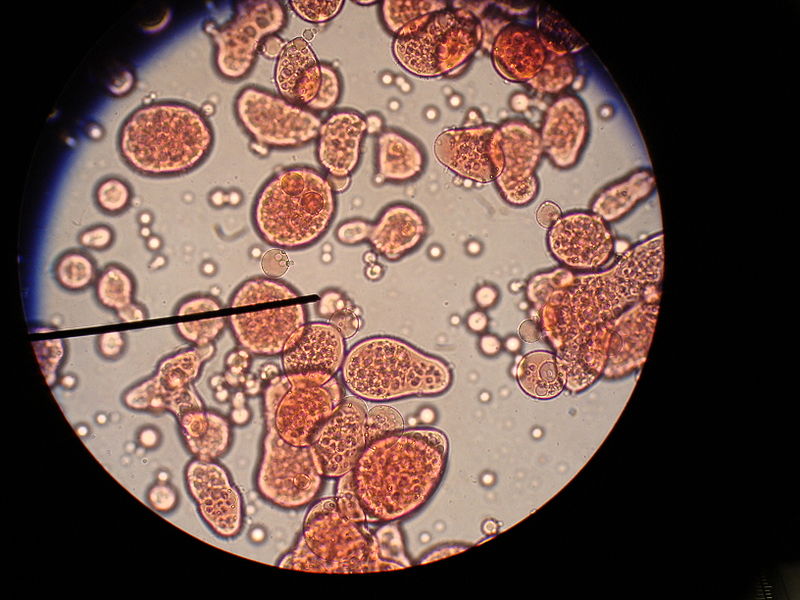 More0ver, the word ‘coacervate’ was introduced by Oparin and according to him, coacervate is a structure which consists of a collection of organic molecules surrounded by a film of water molecules. He said coacervates are kind of protocells. But they are not live structures like cells.

Microspheres are tiny droplet like structure made from the aggregation of organic molecules especially from proteinoids. The term ‘Microsphere’ was introduced by Sidney Fox. According to him, the microsphere is a non-living collection of organic macromolecules with double layered outer boundary. Similar to coacervates, microspheres are also able to absorb things from their surroundings. They are spherical in shape. Microspheres can bud and move. 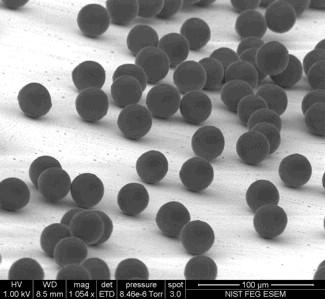 What are the Similarities Between Coacervates and Microspheres?

What is the Difference Between Coacervates and Microspheres? 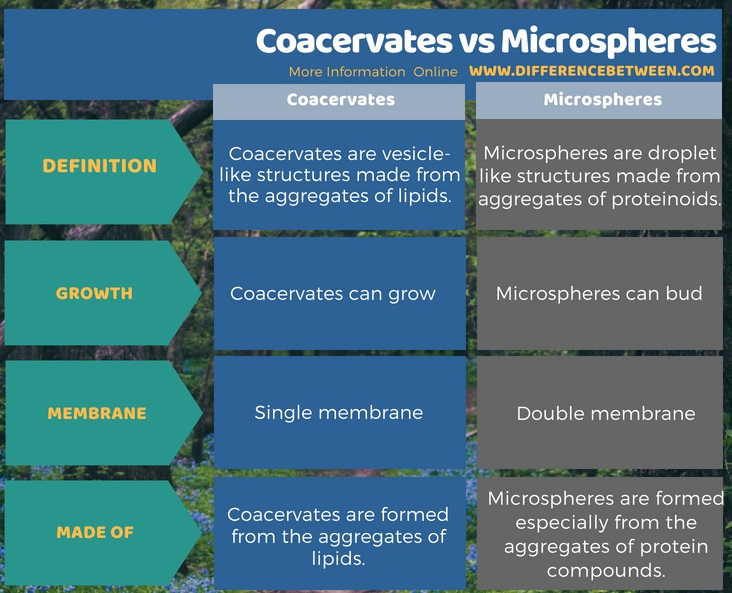 Difference Between Male and Female Skeleton

Difference Between Parthenogenesis and Parthenocarpy

Difference Between Identical and Fraternal Twins 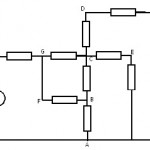 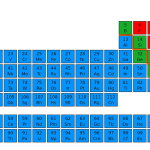 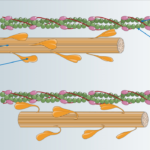