Cockers and springer are hard-core hunting dogs with tender and reputable characters. However, dog lovers often wonder which the better breed over other is, but the proper dog breed for a particular owner depends largely on the available resources and the potential to give the dog a good company. Based on the temperaments and physical requirements of cocker spaniel and springer spaniel, the proper breed for a particular dog lover could be decided.

Springer spaniels are of two main types known as English and Welsh based on the countries of origin. However, a springer spaniel is about 43 – 48 centimetres tall at their withers, but the English springer males are taller than others are with about 51 centimetres being the average height. It would be important to notice the droopiness of the ears is less in springers than in cockers. Additionally, the ears are set at a slightly higher position on the head compared to English cockers. The long muzzle of springer spaniels has less prominent eyes. The temperaments of springer spaniels are mainly friendly and obedient. They are readily obey commands and love to please the owners. Springers are highly affectionate but very alert about concerned situations. Therefore, springer spaniels make themselves ideal companions with love and protection. They have exhibited their importance as a working and hunting dog, as well.

What is the difference between Cocker Spaniel and Springer Spaniel?

• Both breeds of springers were originated in Great Britain while the two cocker breeds are from England and the United States.

• Springer spaniels are slightly larger and heavier than cocker spaniels.

• Ears are set higher in springers than in cockers.

• The ears are more droopy in cocker spaniels than in springer Spaniels.

Difference Between Brittany and Springer Spaniel 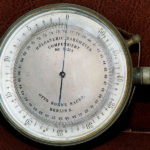