Understanding the cocoon and chrysalis would be very interesting, as it could easily be conveyed wrong to the person him/herself who studied those. The main causes for that could be understood after going through the presented information about both cocoon and chrysalis in this article. Both these are related with a particular stage of the lifecycle of insects, especially lepidopteron insects; in other words, butterflies and moths have these stages in their lifecycle.

Cocoon is a case that has been created by the secreted saliva or silk by the lepidopteron insect larvae. The presence of cocoon ensures the protection for the developing pupa living inside it. It would be interesting to know that cocoon may be either hard or soft depending on the species of the Lepidoptera insect. However, there are cocoons with a mesh-like makeup, as well. The structure of the cocoon may compose of many layers of silk as well as a couple of layers. The usual colour of a cocoon is white, but that also could vary depending on the species and the environmental characters such as dust.

Caterpillars of the most of the moth species have ‘hairs’ or setae on their skin; those are shed at the end of the caterpillar stage and are used to form the cocoon. The protective function of the cocoon is enhanced when the caterpillar had urticating hairs, as those would make it itching for the animals that try to touch the cocoon. In addition, there are cocoons with faecal pellets, cut leaves, or twigs attached to the exterior, so that the predators do not spot the structure. When the protective strategies are considered, the location where a cocoon is placed has a major role in being saved from predators; hence, most of the cocoons are found underneath leaves, inside crevices, or suspended in leaf litter.

The pupa inside the cocoon escapes from it after the development into an adult is completed; some species dissolve it; some species cut it, and others have a weakened escape line through the cocoon. It would be important to state that cocoons have been a very successful source of income for people when silk moths are considered.

Chrysalis is the pupa stage of the butterflies. The term chrysalis is related with the meaning of gold in Greek. When there is more than one chrysalis, the term Chrysalides or Aurelia is used. The main cause behind this reference as chrysalis for the pupa stage of butterflies is that the presence of metallic gold colouration in them. It is important to state that the chrysalis is the skin, which lies underneath the soft outer skin of the caterpillar that is shed before the next stage of the lifecycle. Usually, this stage of the lifecycle of a butterfly is sessile or attached to a substrate via the secreted Velcro-like silk by the caterpillar.

During the chrysalis stage, the pupa undergoes many developments, and a completely different animal with beautiful wings is formed. This process of differentiation of the body is known as Metamorphosis. After the emergence, the developed butterfly still uses the chrysalis to sit on it in order to expand and harden its wings. That means the structure that has encased the butterfly pupa has a valuable use even after the metamorphosed animal is emerged.

What is the difference between Cocoon and Chrysalis?

• Both these are encasing structures of the lepidopteron insect pupae, while cocoon covers the moth pupa and chrysalis covers the butterfly pupa.

• Chrysalis is harder in structure than cocoon.

• Chrysalis has a metallic golden colour but, not in cocoons.

• Protective measures are more prevalent in cocoons than in chrysalides.

• Chrysalis enables the emerged butterfly to harden and widen its wings but not the cocoon.

Difference Between Locusts and Cicadas

Difference Between Lice and Fleas 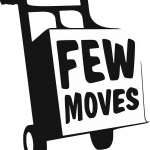 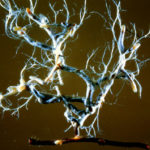 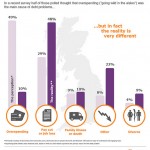