Coke and Pepsi are carbonated soft drinks, which we commonly drink almost daily. Both are the popular black soft drinks, having almost same ingredients. People differentiate them by their packaging and taste, however, both provide same count of calories.

Coca – Cola is a carbonated soft drink, which is popular around the world and commonly called as Coke. John Pemberton manufactured Coke as a cocaine containing medicine in 1886. Later in 1930, cocaine content was completely removed. Coke contains carbonated water, sugar, phosphoric acid, natural flavorings and caffeine. Kola nuts are source of caffeine in coke, which contain around 3 percent caffeine, giving a bitter flavor to this soft drink. A 355 ml cane of coke offers 140 calories. Caffeine free coke, vanilla coke, Coca- cola zero and sugar free coke are some versions of coca-cola, which are commonly used. Coke believed to have a secret ingredient, called as “7X”, which is still a mystery.

Pepsi was originated as “Brad’s drink” in North Carolina, in 1893. Caleb Bradham was the manufacturer, who invented this drink in his pharmacy. His intentions were to create a digestive drink, which will boost energy level too. Its name Pepsi Cola, come from the enzyme pepsin, which is a digestive enzyme. Company changes its logo, almost every year, which reduces the use of drink for sometimes, as people hesitate to accept the new face of drink. Main ingredients of Pepsi are sugar, phosphoric acid, caramel color, caffeine, citric acid, corn syrup and natural flavors. A cane of Pepsi contains 150 calories. Pepsi is popular among the people as it contains more sugar content, than any other black soft drink, available in the market. Pepsi Cola, Mountain Dew, and Diet Pepsi are some of its popular brands.

Pepsi and Coke are rivals in soft drinks market; both are black carbonated drinks, commonly served in restaurants and cafes. Both look same; you cannot differentiate them simply by looking at the glass. But their taste is different, as Pepsi is bit sweet in taste, when we compare it with coke, as it contains artificial sweeteners. Pepsi gives fruity taste where as Coke is more cola flavor. If we compare them based on carbonation levels, coke has higher fizzy effect. Coke is called as smooth drink, as that carbon escapes from the drink, quickly. Their ingredients are almost similar, cocaine was a content of coke in the beginning, but now it has removed. Pepsi has used more branding techniques than coke, as they keep on changing the style of their logo and slogans; however, coke has maintained same logo right from the beginning. A mystery ingredient called 7X is a secret in coke story, Pepsi has no secret ingredients. Pepsi is more liked by the people, due to its sweet taste, which make is pleasant to drink.

Pepsi and Coca – cola are carbonated soft drinks, much popular than other soft drinks available in the market. Their caffeine content enable them to boost the energy level of user, some people drink them just for good taste. 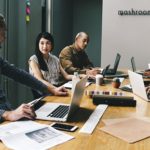 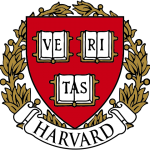 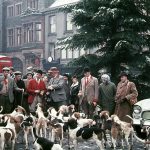 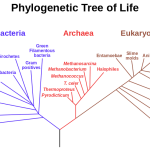