Imperialism is different in the sense that an empire is created first, and it begins to spread its wings to other regions, aiming to expand its dominance to the neighboring states and regions. However, you have to understand that, in imperialism, an empire or a very powerful country conquers another country to exercise power only. That is why, in imperialism, people try to keep away from moving to the country and forming groups or deciding to become permanent settlers. In other words, in imperialism, the empire does not plan on settling down in the country they conquered.

Imperialism is all about exercising total control over the other land or the country or the neighboring land by conquering it totally. It is all about exhibiting sovereignty and nothing else. The country that is keen on capturing the power and exercising control by means of sovereignty is not at all bothered whether the people are interested in moving to the country or not. They are simply mindful of dominating the land totally. This is the crux of imperialism. It is indeed true that imperialism has a longer past than that of colonialism.

However, imperialism has changed forms over the years. For an example of modern imperialism, take Afghanistan. America went there to exercise their power to eradicate terrorism. Once they completed their task, they came back. In the same manner, countries such as America and Britain exercise certain powers over other countries. Nowadays, you do not have to conquer the country to have power over them.

What is the difference between Colonialism and Imperialism?

• Definition of Colonialism and Imperialism:

• Imperialism is when a country or an empire starts influencing other countries by using its power.

• Colonialism is when an empire or a country goes and conquers another country or region. Settling in this new region is a part of colonialism.

• In imperialism, the empire does not try to put down roots in the acquired territory.

• In colonialism, the empire puts down roots in the acquired territory by settling down there.

• In both imperialism and colonialism, the country that is conquered or influenced fully by the empire gets controlled by the said empire.

• Colonialism is concerned with both economic and political power of the conquered country.

• Imperialism has been in vogue from the time of the Romans.

• Colonialism has been in vogue only from the 15th century onwards.

Difference Between Nationalism and Imperialism

Difference Between King and Emperor 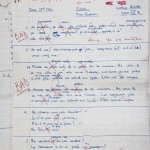 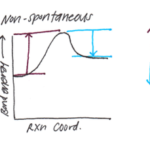 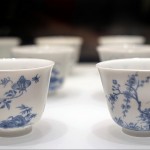