The Terms Commonwealth and Republic represent another one of those conundrums that have you literally pulling your hair out, especially when you are trying to understand the difference between the two. It presents a dilemma more particularly when you notice the term Republic listed as a synonym for Commonwealth. The word Commonwealth was derived from the ancient term ‘commonweal,’ which means for the good or well-being of the people. Simply put, it means public welfare or well-being. Likewise, the term Republic was interpreted to mean public interest or in the best interest of the people. Given the similarities between the two interpretations, there does not seem to be much of a difference, but a closer look into their meanings reveal a difference albeit a marginal one.

What is a Commonwealth?

As mentioned above, the word Commonwealth means for the good or well-being of the people, the term ‘common’ signifying for the good of every person. Over time, this term developed to refer to a state in which the supreme power was vested in the people of the state. Today, it is generally defined to mean an independent state, community , or political body, one that is established by the rule of law and formed by the agreement of the people for the welfare of all in the state. Commonwealth was primarily used with reference to the English government that was in power from 1649 to 1960. Today, however, the main characteristic of a Commonwealth is its independent nature, where the concept of sovereignty lies with the people of the nation.

Of course, Commonwealth has also been used to refer to other forms of communities and associations. For example, the famous Commonwealth of Nations refers to an association of former British colonies, now independent states, who share a somewhat liberal allegiance to the British Monarchy. Furthermore, Commonwealth denotes the ceremonial title of four states in the United States (U.S.), namely, Kentucky, Massachusetts, Pennsylvania and Virginia and other U.S. territories such as Puerto Rico and the Northern Mariana Islands. Puerto Rico is an independent political body but voluntarily aligned with the U.S. Thus, the definition of Commonwealth can also be extended to mean an independent country or community within another country. 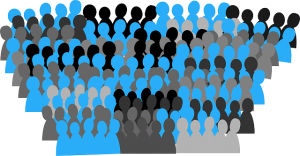 What is a Republic?

Presently, a Republic refers to a political system in which the head of state is not a monarch. If a nation’s political order takes this form, it is usually called a Republic. The confusion between Commonwealth and Republic lies in the fact that a Republic too refers to a state where the supreme authority or sovereignty is vested in the people. This is also termed a Republic form of government wherein the public, who have the right to vote, elect representatives to exercise this power on behalf of them. Thus, a Republic is ruled by elected representatives as opposed to kings, queens or other types of monarchs. Under a Republic, the leadership of a state is not acquired by divine right or inheritance. Given the absence of a monarch in a Republic, the head of state is usually a President although this varies with each state’s political system.

What is the difference between Commonwealth and Republic?

• A Commonwealth refers to an independent state created for the common good and includes various forms of government such as republics, constitutional monarchies, federations and confederations.

• A Republic is a particular form of government, one that does not have a monarch as its head of state.

• Commonwealth can also be used to refer to other forms of communities and associations. For example, the Commonwealth of Nations, Commonwealth of Pennsylvania. Thus, it can further mean an independent country or community within another country.

Difference Between Commonwealth and State

Difference Between Dictatorship and Monarchy

Difference Between Sultan and King 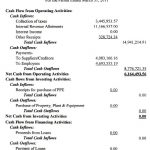