Do you know the difference between Compliance and Conformity? Now, the habit of using two terms interchangeably unaware of the subtle differences between them, is a common mistake prone to many of us. Perhaps our use of the terms Compliance and Conformity synonymously is a fitting example. At first it may seem that ‘to conform’ and ‘to comply’ essentially mean the same thing, notably, to agree to do something or follow certain rules. However, the strict definitions of these two terms illustrate something different entirely.

What does Compliance mean?

The term Compliance at the very outset portrays a somewhat formal, serious type of act. It is defined as the act or process of adhering to and fulfilling a given order or command. Compliance denotes a situation wherein certain rules or orders have been met. Think of it as a situation in which an individual has carried out the commands or orders of another individual, most often a State organization or legal body. Compliance then means that the person fulfilling the order did not have a choice in the matter. Thus, the individual carried out the order with a foreknowledge of the consequences in refusing to fulfill that order. For example, if a company fails to comply with certain regulations, such as environmental regulations, it will be subject to the imposition of fines or other legal penalties. To avoid such a consequence, the company will no doubt comply with the prescribed regulation. Similarly, restaurants have to comply with certain policies and specifications when providing food, beverages and other related services. Simply put, Compliance ensures that there is order and protection in society. The opposite of Compliance, which is non-Compliance, results in serious consequences although in some instances this is not so.

What does Conformity mean?

The term Conformity is simply defined as the harmonization between a person’s behaviour and the standards of a particular group. It is best to use the term ‘norms‘ as opposed to standards. Norms can refer to certain practices, beliefs, expectations or desires. A person conforms when he/she seeks to adopt the same behaviour, beliefs, attitudes and practices of those in the group. Take a group of teens, for example, owing to peer pressure and the desire to ‘fit in’, most teens tend to conform to the practice and behaviour of the group they associate with. These behavioural traits and practices can be seen as unwritten rules that guide this group in their day-t o-day lifestyle, at school or among society. As opposed to a state of Compliance, Conformity is not prescribed by a legal body. In fact, refusal to conform is viewed as independence or rebellion. If a person does not conform to certain social norms or conventions, they face rejection. Conformity stems from the need to feel accepted, to avoid rejection and thereby seek security within a particular group. Of course, this is just one aspect of Conformity. It can also refer to a situation in which things or people correspond in nature or appearance. Conformity represents the act of congruity. Simply put, Conformity means doing what everyone else is doing. It is a choice. 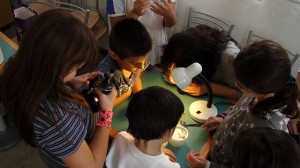 What is the difference between Compliance and Conformity?

• Compliance denotes a situation in which a person fulfills an order or rule stipulated by a legal authority. Conformity, on the other hand, refers to when a person behaves or acts according to certain social norms of a group.

• Compliance is fulfilled in fear of the penalties that follow in the event there is no Compliance. Conformity, however, is carried out by a desire to ‘fit in’. Failure to conform results only in rejection.

• Compliance often is compulsory; Conformity is more of a choice.

Difference Between Adherence and Compliance

Difference Between Faith and Hope

Difference Between Meeting and Appointment 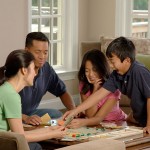 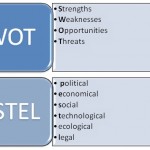