Simple eyes and compound eyes are two main types of eyes found in animals, and there are many differences between each other. In order to understand whether a particular eye is a compound eye or a simple eye, it would be worthwhile to go through some information about those. This article provides some important information about the two types in summary and finally lets the reader to go through the important differences between simple and compound eyes.

What are Simple Eyes?

Although the name suggests some simplicity, the simple eyes are not simple in photosensitivity and accuracy but only in the structure. Simple eyes are found in many phyla of the animal kingdom including the vertebrates and invertebrates. There are few types of simple eyes known as Pit eyes, Spherical lens eyes, Multiple lenses, Refractive cornea, and Reflector eyes. Pit eyes are the most primitive of all types of eyes, and there is a small depression with a collection of photoreception cells. It is important to notice that pit vipers have pit eyes to sense the infrared radiation of their prey animals. The spherical lens eyes have a lens in the structure, but the focal point is usually behind the retina, causing a blur image to detect the intensity of light. Multiple lenses simple eyes are an interesting type with more than one lens in the eye, which enables them to enlarge the picture and get a sharp and focused image. Certain predators such as spiders and eagles are good examples for this type of lens arrangement. The eyes with a refractive cornea have an outer layer of a light penetrating substance, and the lens is not usually spherical, but its shape could be changed according to the focal lengths. Reflector eyes are a wonderful phenomenon that provides a common communication platform for other organisms, as well. The image formed in one’s eye is reflected onto another place so that the other organisms could see it. All these types of simple eyes function in taking the information with regard to light to sustain the body. Despite all these being simple eyes, all the higher vertebrates including humans have simple eyes.

What are Compound Eyes?

Compound eyes are formed by repeating the same basic units of photoreceptors called ommatidia. An ommatidium has a lens and photoreceptive cells mainly, and the pigment cells separate each ommatidium apart from the neighbours. However, compound eyes are capable of detecting motions as well as the polarisation of sunlight, in addition to receiving light. The insects, especially honeybees have the ability to understand the time of the day using the polarisation of the sunlight from their compound eyes. There are few types of compound eyes known as Apposition, Superposition, Parabolic suspension, and some few more kinds. The information about the images are formed through ommatidiais taken into the brain, and the whole image is combined there in order to understand the object in the apposition eyes. The superposition eyes form the image by reflecting or refracting the light received via mirrors or lenses, and then the image data are transferred into the brain, to understand the object. The parabolic suspension eyes use the principles of both apposition and superposition eyes. Most of the annelids, arthropods, and molluscs have compound eyes, and they can see colours, as well. 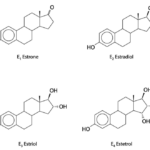 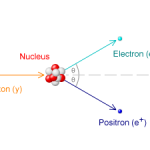