Congruent and equal are similar concepts in geometry, but often misused and confused.

Equal means that the magnitudes or sizes of any two in comparison are the same. The concept of equality is a familiar concept in our day to day lives; however, as a mathematical concept it has to be defined using stricter measures. Different field uses a different definition for the equality. In mathematical logic, it is defined using Paeno`s Axioms. Equality refers to the numbers; often numbers representing properties.

In the context of geometry, the equality has the same implications as in the common usage of the term equal. It says that if the attributes of two geometrical figures are the same then the two figures are equal. For example, the area of a triangle can be equal to the area of a square. Here, only the size of the property ‘area’ is concerned, and they are the same. But the figures themselves cannot be considered as the same.

In the context of geometry, congruent means equal in both figures (shape) and sizes. Or in simpler words, if one can be considered as an exact copy of the other then the objects are congruent, irrespective of the positioning. It is the equivalent concept of equality used in geometry. In the case of congruence also much stricter definitions are provided in analytical geometry.

Regardless of the orientation of the triangles show above they can be positioned so that they perfectly overlap each other. Hence they are equal in both size and shape. Hence they are congruent triangles. A figure and its mirror image are also congruent. (They can be overlapped after rotating them around an axis lying in the plane of the shape).

In the above, even though the figures are mirror images, they are congruent.

Congruence in triangles is important in the study of plane geometry. For two triangles to be congruent, the corresponding angles and the sides are to be equal. Triangles can be considered congruent if following conditions are satisfied.

• SSS (Side Side Side)  if all three corresponding sides are equal in length.

• SAS (Side Angle Side)  A pair of corresponding sides and the included angle are equal.

• ASA (Angle Side Angle)  A pair of corresponding angles and the included side are equal.

• AAS (Angle Angle Side)  A pair of corresponding angles and a non-included side are equal.

The case AAA (Angle Angle Angle) is NOT a case where congruence is always valid. For example following two triangles have equal angles, but not congruent because the sizes of the sides are different.

What is the difference between Congruent and Equal?

• If some attributes of geometric figures are the same in magnitude, then they are said to be equal.

• Equality concerns the magnitude (numbers) while congruence concerns both the shape and the size of a figure.

Difference Between Congruent and Similar

Difference Between Pattern and Sequence

Difference Between Hyperbola and Ellipse 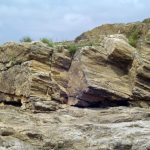 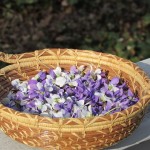 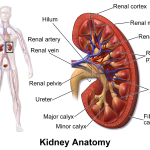