Bilirubin is a compound containing four pyrrole rings connected to a larger porphyrin ring. It is a result of hemoglobin breakdown. It is very similar to phytochrome and phycobilin of certain plants and algae. It exists in two isomers. Naturally occurring form is ZZ-isomer. Bilirubin isomerizes when exposed to light. More water soluble EZ-isomer forms when ZZ-isomer encounters light. This is the basis of phototherapy in newborns. Red blood cells release hemoglobin when they die in the spleen. Hemoglobin splits into heme and globin. Enzymes break the globin chain down. Reticuloendothelial cells of the spleen convert heme into unconjugated bilirubin. Unconjugated bilirubin is water insoluble. Albumin binds unconjugated bilirubin and transports it to the liver. In the liver, an enzyme called glucuronyltransferase conjugates bilirubin with glucuronic acid. 95% of the conjugated bilirubin enters bile. Via bile it enters the small intestine. Terminal ileum reabsorbs conjugated bilirubin, and the portal circulation carries it back to the liver. This is known as the enterohepatic circulation of bilirubin. The 5% remaining inside the colon turns into urobilinogen due to the action of gut bacteria. Gut absorbs urobilinogen just like conjugated bilirubin. 95% enters the enterohepatic circulation. The other 5% remains to form stercobilin which gives the brown color to stools. A small amount of urobilinogen reabsorbed from the gut goes to the kidneys. Further oxidization gives rise to urobilin which gives the yellow color to urine. Normally total bilirubin level should be less than 2.1 mg/dl. Higher levels may suggest disease conditions.

Conjugated bilirubin enters the blood in large amounts when the biliary outflow is blocked. Liver cell cancer spreads into bile channels and block bile flow. Bile duct stones, inflammation of bile ducts, cancer of the head of the pancreas, pancreatic pseudocyst, and periampulary cancers also block the bile ducts and give rises to conjugated hyperbilirubinimia.

What is the difference between Conjugated and Unconjugated Bilirubin?

1. Difference Between Pancreatic Cancer and Pancreatitis 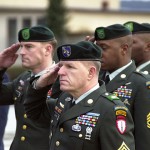 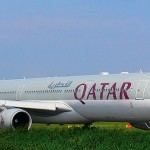 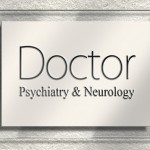