Conjugation and resonance are two important phenomena in understanding the behavior of molecules.

In a molecule when there is alternating single and multiple bonds present, we say that the system is conjugated. For example, benzene molecule is a conjugated system. In a multiple bond, there is one sigma bond and one or two pi ponds. Pi bonds are made up by overlapping p orbitals. The electrons in the p orbitals are located perpendicular to the plane of the molecule. So when there are pi bonds in alternating bonds, all the electrons are delocalized throughout the conjugated system.  In other words, we call it an electron cloud. Since electrons are delocalized, they belong to all the atoms in the conjugated system, but not for only one atom. This lowers the overall energy of the system and increase stability. Not only, the pi bonds, but also lone electron pairs, radicals or carbenium ions can take part in creating a conjugated system. In these instances, there are either non bonded p orbitals with two electrons, one electron or no electrons present. There are linear and cyclic conjugated systems. Some are restricted to one molecule only. When there are larger polymer structures, there can be very large conjugated systems. Presence of conjugation allows the molecules to act as chromophores. Chromophores can absorb light; therefore, the compound will be colored.

•  The actual molecule or the ion will be best represented by a hybrid of all the resonance structures.

X-ray studies have shown that the actual molecule is in between these resonances. According to the studies, all the carbon-oxygen bonds are in equal length in carbonate ion. However, according to the above structures, we can see one double bond and two single bonds. Therefore, if these resonance structures occur separately, ideally there should be different bond lengths in the ion. The same bond lengths indicate that none of these structures actually present in nature, rather a hybrid of this exists.

Difference Between Isomers and Resonance 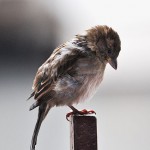 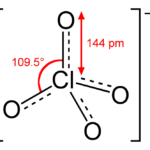 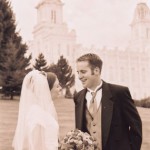