Consciousness and Awareness, both words seem to carry the same meaning, but they differ semantically as there is a difference between them. Both these terms function as nouns in the English language. Awareness is having knowledge of something. On the other hand, consciousness is the state of being aware of something and this can be regarded as more spiritual kind of definition. When a person is aware of something, he/she may feel it or just sense it without exactly knowing what it is. In contrast, somebody becomes conscious about something means that he/she is fully aware of or he/she has complete understanding over the substance. Let us look at the terms in detail.

What does Awareness mean?

Awareness, as mentioned above, is the knowledge of something that exists somewhere. If we think of a physical object, we can touch it and feel the existence of it. This can be simply defined as being aware of the object. By touching it, we can identify the shape, size and weight of the object. The important thing here is that the person does not need to have a full understanding of the object that he/she feels. If they sense it, they may be aware of it. Moreover, awareness does not only be applied to physical objects. One can be aware of an emotion, a feeling and sensory patterns. It can be said that people are aware of their voluntary actions. Involuntary actions might happen without the awareness of a particular person because there he/she does not involve in the action intentionally. Further, awareness can be identified as a relative concept. The awareness of something might occur in different degrees in different people. That means when one person becomes fully aware of something, another might only be partially aware of the same thing. This depends on person’s internal and external factors such as sensory perception, knowledge and cognitive abilities.

What does Consciousness mean?

Consciousness is the state or the quality of awareness. One can be aware of something without being conscious, but no one can be conscious without being aware of a certain thing. Thus, awareness can be identified as a necessary condition of consciousness. To become conscious, one has to have the complete understanding of something. Consciousness is something that is common to all humans as well as to animals. Moreover, one can be fully conscious of something whereas another may be sub-conscious of the same thing. Being sub-conscious means that a particular person does not have the proper sensory patterns working on the phenomenon and only half of the cognition may be active. When somebody loses consciousness, we refer to that as being fainted. At that time, the person loses his/her sensory contacts with the external world. However, consciousness can be analyzed in depth and it has a close connection with psychology of a person as well.

What is the difference between Consciousness and Awareness?

When we look at both terms, we can see that both deal with understanding phenomena and they are closely related with the cognition of people. Both awareness and consciousness play important roles in one’s life and they are very common features of a person. Also, these are cognitive processes that happen in humans’ minds.

• When we think of differences, we can identify that awareness does not require fully understanding of a certain thing whereas consciousness requires the in-depth awareness of a particular thing.

• Awareness can be considered as a necessary condition of consciousness. 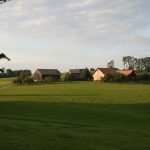 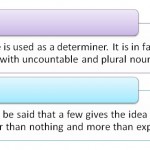