City and county are terms often used interchangeably, unless for one who is familiar with what sets them apart. But they are very much different when it comes to geography, politics and population.

A county is geographically larger than a city. This is a subdivision of the state in which it holds a varying degree of authority and system. A city or a town may belong to certain county. Due to its land area, county has larger population that is therefore divided amongst the many different towns and cities within it. Politically wise, it also has its own council system and is run by an independent legislative body.

A city is steadfast community in which it covers a significant land area with a shared historical background. Most cities are sufficient enough to have the needed establishments and the legislative body to create a decent lifestyle. These would include a proper healthcare facility which is not only limited to a hospital, a transportation system, historical landmarks, finance institutions, utility services and housing development.

Difference between a County and a City

One of the most interesting differences between a city and a county are the legal and legislative body that governs them. Counties are often headed by Commissioners, and it has a council that is often made up of seven members, four of which represents the district while the other three represents the entire county. On the other hand, the chief executive in the city is the Mayor and its legislative body is composed of nine members in the council. In terms of passing a law is also different, in the city, the laws are passed by the Council. However for the county, the Commissioners’ take part in the decision making process if a certain law should be passed or not.

There are a lot of interesting facts that differentiate each one from the other one, one of which is the fact that though a city may belong to a county but there are also cities that extended their borders beyond one county. 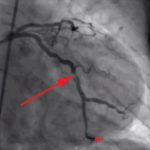 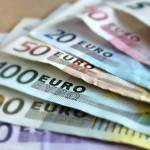