Coupe and sedans are two popular cars on the market. Traditionally, the main distinguishing feature between them has been their number of doors; a coupe is a car with two doors whereas a sedan is a car with four doors. However, new variations in the market are changing these perceptions.

1. Overview and Key Difference
2. What is a Coupe
3. What is a Sedan
4. Side by Side Comparison – Coupe vs Sedan in Tabular Form
5. Summary

What is a Coupe?

A coupe or coupé is a car with a fixed roof and two doors. The definition of coupe is pretty loose; there are variations in the descriptions given by different manufacturers. The basic features you can usually notice in a coupe are two doors, and a roof that slants at the rear. Some coups have four doors, but these are rare, especially outside of German premium car brands. Coupes are usually smaller than sedans but larger than city cars or superminis.

Coupe implies style, power and speed. There are many most sports cars and luxury cars in this coupe style. However, they are not very practical since they have a small boot, which is separated from the interior of the car. Since there are only two doors, accessing the rear seats from the front door is also pretty troublesome. Moreover, the low roof at the rear reduces headroom at the back. 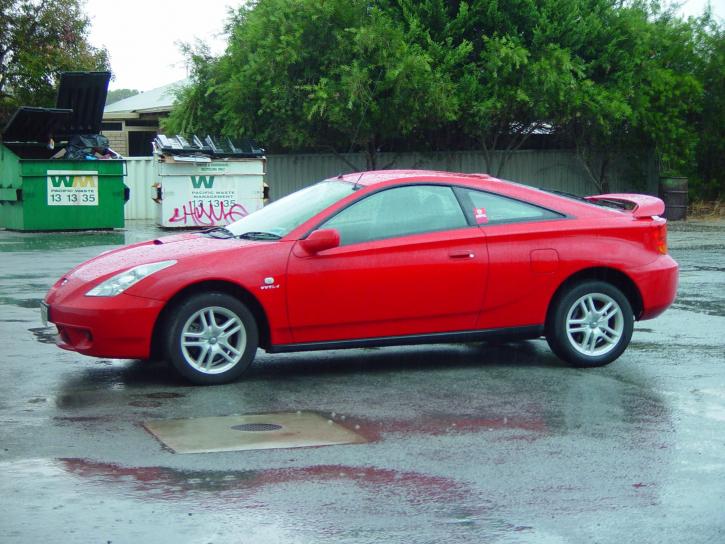 What is a Sedan? 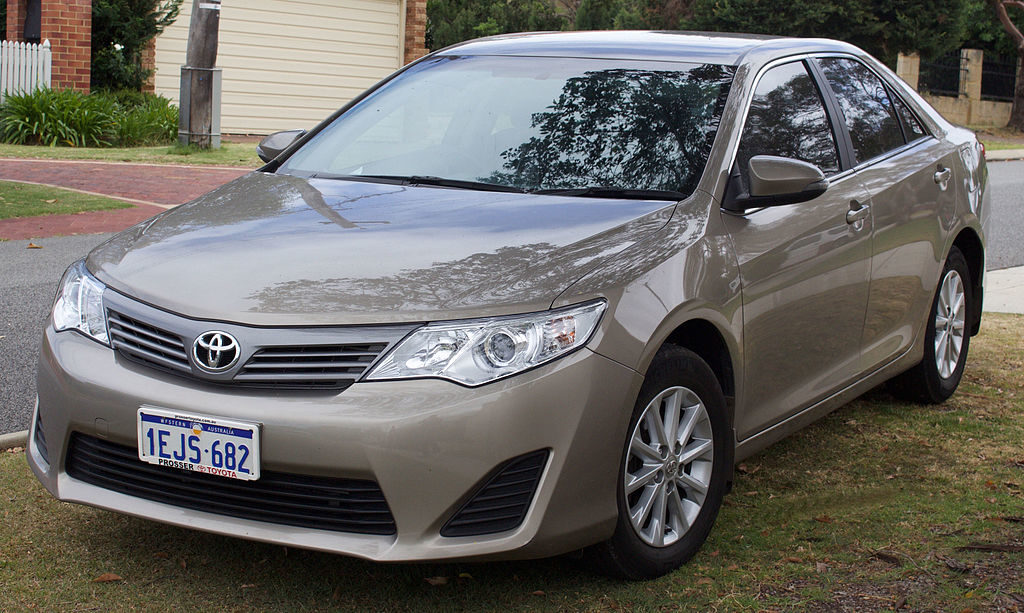 Recently, there has been some confusion regarding the difference between coupe and sedan due to the availability of ‘four-door coupes’ and ‘two-door sedans’. The defining factor in such cases is the rear interior volume of the car. If the rear interior is less than 33 cubic feet, it’s a coupe, but if the volume exceeds this, it’s a sedan.

What is the Difference Between Coupe and Sedan?

A coupe, on the other hand, is a car with two doors, and a roof that slants at the rear. A sedan is a passenger car that has a three-compartment structure and can seat four or more people.  A coupe traditionally has two doors whereas a sedan has four doors. A sedan is also larger in size than a coupe. Moreover, a sedan has a spacious luggage compartment as well as a spacious rear passenger seat than a coupe. In the case of ‘four-door coupes’ and ‘two-door sedans’, the deciding line is the rear interior volume; in a coupe, this volume is less than 33 cubic feet, whereas, in a sedan, this volume is more than 33 cubic feet. The below infographic presents the difference between coupe and sedan in tabular form. 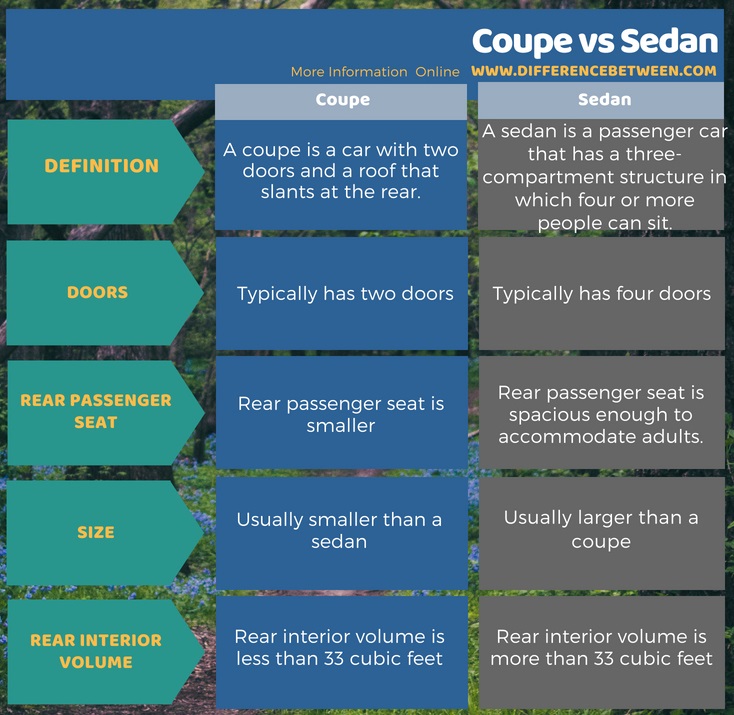 Traditionally, the difference between coupe and sedan was the number of doors they had; a coupe had two doors while a sedan had four doors. But some car manufacturers have introduced variations like ‘four-door coupes’ and ‘two-door sedans’ to the market, which can be quite confusing. Thus, the main distinguishing factor between coupe and sedan in today’s car market is their rear interior volume.

Difference Between Unleaded and Premium Unleaded 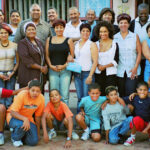 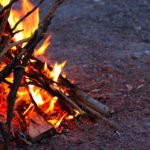