The difference between cow milk and goat milk can be discussed under their respective qualities such as nutritional values. However, it is a fact that whenever we think of milk, the first and only image that comes to our minds is that of a cow. This is despite the fact there are animals other than cow that provide us milk. One such animal is goat whose milk has the same qualities as cow’s milk. In fact, in some respects, goat’s milk is even better than cow’s milk. This article will highlight the differences between cow milk and goat milk to enlighten you on the nutritional values and their ability to get absorbed into our bodies.

What is Cow Milk?

Cow milk is the milk we get from the cow. This is very much popular around the world, and it is popular with all ages. However, though cow milk contains a number of nutrients, there are some problems too that come with cow milk. The main problem most people encounter when drinking cow milk is the lactose intolerance. This is not because something being wrong with the cow milk. It is simply because cow milk is high in lactose, and there are people who do not have enough lactase enzyme in their body to digest that lactose. For such people, drinking cow milk is unpleasant. As a result, there is lactose free cow milk in the market. However, it is believed that this lactose free milk is not 100% lactose free. 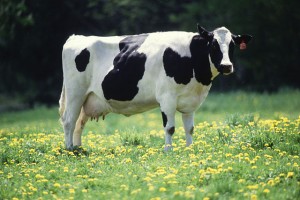 When it comes to nutrients, cow milk has more selenium. Selenium is important as it has antioxidant properties. Those qualities protect the cells from damage. Also, cow milk is higher in Vitamin B2, which is otherwise known as riboflavin. Cow milk also has more B12 that helps to create red blood cells. Cow milk also contains fewer calories. Separation of cream is a must in cow milk.

What is Goat Milk?

There have been numerous studies comparing cow milk with goat milk in the last few years. Nearly all researchers have concluded that goat milk has properties that can help in prevention of diseases like anemia and bone demineralization. Goat milk has been found to have more health benefits than cow milk.

One of the misconceptions that have prevented goat milk to become as popular as cow milk is the belief that goat milk has some goaty odor. This is, however, totally baseless, and one can verify it himself. If anything, it may be because of the fact that while we pay attention to what cows eat, goats consume a variety of materials allowing a little scent to be transferred to their milk. If goats are managed as properly as cows, the smell and taste of cow milk and goat milk is almost the same.

Goat milk is much readily digestible than cow milk because size of fat molecules is one fifth compared to cow milk. Smaller size of fat molecules produces a more homogeneous mixture of fat in the milk. Glycerol ethers are found in higher amount in goat milk, which is important for the nutrition of a new born baby. Goat milk also has lower levels of orotic acid that helps in prevention of fatty liver syndrome in infants. There is no need for separation of cream in goat milk because of smaller fat molecules. Scientists believe that goat milk is closer to human milk than cow milk, which is why it is easily absorbed into human bodies. It contains higher cholesterol that makes it easier for it to be absorbed by our brain and body. 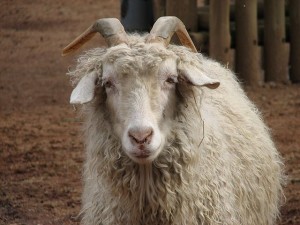 Because of the presence of more chlorine and fluorine in goat milk, it has germicidal properties. Fluorine also helps in prevention of diabetes. Somehow, goats are immune to tuberculosis and this is why their milk is used for the treatment of this disease in many countries. Goat milk has the ability to soften the intestinal tract and has been found to be helpful in curing constipation. Some scientists believe that goat milk has anti carcinogenic properties because of the presence of higher carotene (vitamin A).

What is the difference between Cow Milk and Goat Milk?

• Goat milk is higher in fat content, but the size of fat molecules is very small as compared to cow milk making it much more digestible than cow milk.

• Goat milk has more protein per serving and also has higher levels of essential amino acids.

• Goat milk has a lower carbohydrate level than cow milk.

• Goat milk has higher amounts of calcium, phosphorus, potassium, iron, copper, manganese, though it has zinc and sodium in quantities comparable to cow milk. Cow milk has more selenium.

• Scientists believe goat milk to be closer in structure to human milk than cow milk. 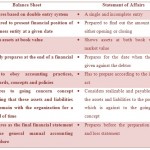 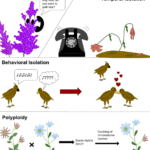