Understanding the difference between a heron and a crane would be a piece of cake for anyone. That means these two types of avifauna or birds belong to two different taxonomic groups and exhibit considerable variation between them. However, it would be a much difficult task to think or write down those differences at once. Therefore, an understanding or a prior reading about them could only be beneficial rather than detrimental.

Herons are attractive wading birds classified under the Family: Ardedae of Order: Pelecaniformes. Out of 64 described species of the family the majority is represented by the herons, including more than 40 species. In addition, the largest member of this family is the Goliath heron (measures almost 1.5 metres for its body length). The small sized members, such as the Green heron is only about 45 centimetres in length with about 300 grams of bodyweight. That means their body sizes vary from medium to large. Herons can bend their neck into the characteristic S-shape due to the presence of the modified vertebrae, and it has been greatly beneficial for them to retract while flying to provide for the streamlined shape. However, they rest or extend their neck resting. Herons are characterized by their nice and clean flight, which is not common for the other members of the family. They are carnivorous and usually perch on a high place for resting. The shape and the thickness could vary considerably among species of herons. They have a soft plumage, which could have many colourations depending on the species. Those plumage colours include snow white, grey, brown, and blue. The two most important features of herons to notice are the long neck and long legs

Cranes are large or very large wading birds with long legs and necks. They belong to the Order: Gruiformes and Family: Gruidae. Cranes are described as 15 species in four genera. Their natural range includes everywhere except Antarctica and South America. They are undoubtedly special when as long as their ability to change the diet is concerned. That means, cranes can adapt to any type of food by simply changing the preferences according to the availability, energy and nutrient needs, and climate. Therefore, survival from food scarcity is not a big challenge for cranes. This adaptability of food preferences could be explained in another way with regard to their migratory status. In other words, the migratory species do not change their food preferences, but non-migratory species do. Usually, cranes prefer aquatic habitats more often than not. It is believed that they possess a rich vocabulary and communication is not simple but complex, which has constructed a well-developed vocal communication system. These large or very large birds are one of the tallest among all the flying birds. Cranes have lifelong pair bonds between males and females, and they breed in a season or they are seasonal breeders. The female usually lays two eggs in each season after mating, which took place after building a platform nests on shallow water. These parents are helping each other in nourishing and raising their chicks.

Difference Between Egrets and Herons

Difference Between Stork and Crane

Difference Between Pelicans and Storks 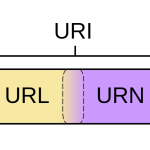 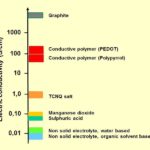 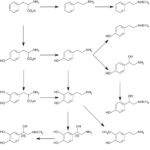