Creatine is a compound which is naturally present in vertebrates. It is a nitrogenous compound and has a carboxylic group to it, as well. Creatine has the following structure.

When isolated it has a white crystalline appearance. It is odorless, and the molar mass is about 131.13 g mol−1. Creatine is biosynthesized in our bodies from amino acids. The process mainly takes place in the liver and kidneys. Creatine is produced from L-arginine, glycine and L-methionine amino acids.

In humans and animals, the primary source of creatine is meat.  So meat, which is rich with the above amino acids, helps our bodies to biosynthesize creatine.  After synthesizing, it is transported to muscles via blood and stored there.

Genetic disorders affecting the creatine biosynthetic pathway lead to various neurological diseases. Creatine increases the formation of ATP, thus helps to supply energy to cells in the body. Creatine supplements are given to body builders, athletes, wrestlers and others who wish to gain muscle mass.

Creatinine is a compound with the molecular formula C4H7N3O and its molar mass is 113.12 g mol−1. It is a solid with white crystals. The structure of creatinine is as follows. 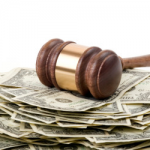