Creation and invention are two words people often confuse with. Though very similar, these two words have different meanings that need to be highlighted. Creation is an artifact that has been brought into existence by someone. An invention is the creation of something in the mind. Artworks are always referred to as creations such as a painting or a drawing. There are people who are creative and despite seeing what everyone else sees think what no one else has thought before. These are innovators who come up with a new idea in their mind, and when they translate this idea into reality, the product that takes shape is called a creation.

Great artist Michael Angelo and Leonardo Da Vinci made master pieces that mesmerize people till today. But the work of art made by them as well as all other artists of repute is categorized as creation and not invention as it was something that could not be repeated by others. Something totally new and useful for the mankind, on the other hand is referred to as invention such as steam engine or a telephone or television or a computer. People who brought these products into existence can be termed as inventors as they transformed an innovative idea into something tangible and useful for others.

There are many who believe that this world is a creation of one supreme God. These are creationists. Everything else that we see around us is a creation of mankind. Out of these products and artifacts that we see and use, many are creations while only some can be termed as inventions. Something that is introduced to the world for the first time is referred to as invention. But when it is commercially produced and becomes common, it no longer surprises and we get used to it. Mobile phones are one example which used to surprise when they were first invented. Technology is moving ahead at a furious pace and scientists keep thinking and innovating about making things simpler, better and more useful for us. 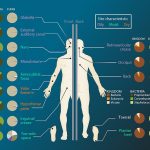 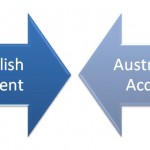