We all know about banks as we have been to banks ever since we were small kids with our parents and then when we grew up and opened our own savings accounts. We know a little bit about credit unions also; they are financial institutions that work along similar lines and one can have an account there and also avail a loan from a credit union. With so many similarities, just what are the differences between these two financial institutions? This article will highlight these differences to enable one to choose either of the two depending upon his requirements.

While a bank may be privately owned or a government owned financial institution, a credit union is always a not for profit institution that is owned by its members. The members are people belonging to the same church, school, organization or community. If you are a member of a credit union, you know how much better personal experience in a credit union is compared to a bank. May be this has to do with your ownership in the credit union. It suits the interests of a credit union to keep members happy. The same cannot be said about banks though as they have a larger customer base and cannot remember many of their customers. It is no surprise then that credit unions have been topping in customer satisfaction surveys for more than a decade now. Credit unions are more concerned with helping out their member rather than making a profit. This is why the advice about various financial products coming from a credit union is much more transparent and genuine than the advice coming from your bank, which has the sole motive of making profits from you.

As told earlier, credit unions are not for profit organizations, and this is why they do not have to pay many state and federal taxes that banks are subject to. They also do not have high salaried executives apart from high operating expenses. These advantages allow credit unions to offer higher interest rates on saving accounts and lower rates of interest on various types of loans. The penalties on late payments and overdrafts are also considerably lower than banks.

If you are thinking that a bank is safer than a credit union, forget it. You money at a credit union is insured by National Credit Union Association up to $100,000, in much the same way as your money in a bank account is insured through Federal Reserve Bank’s coverage.

However not everything is rosy about credit unions and there are less conveniences in credit unions than banks. Credit unions typically have lesser number of ATM’s than banks and have less variety in financial products and services. You get better buildings, more employees to serve, more ATM’s, locker facilities, retirement plans, stock investment plans, and many other services that are not provided by credit unions.

Difference Between FDIC and NCUA Insurance

Difference Between APR and APY 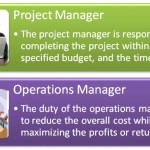 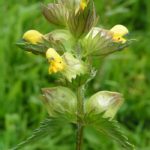