What is a Cot?

In British English, cot refers to a specially designed small bed for infants or young children. It’s a small bed with high barred sides. These high barred sides are safety measures that ensure that occupants of the bed won’t climb outside without parents’ supervision. Cots are also manufactured with special attention to features such as the materials used and preventing any injuries. There are standard safety measures in many countries to prevent hazards such as entrapments, falls, suffocation, and strangulation.

Some cots have drop gates, i.e., one side of the cot can be lowered so that the child can be easily placed in the cot. Cots can also be portable or stationary; portable cots are often smaller in size and are made of lighter materials such as plastic.

A cot is typically used when it is no longer safe to leave the infant in a bassinet. They are more stable and larger in size than bassinets and allow the baby more room to roll and move. However, children should be moved to a toddler bed to prevent injuries while trying to climb out of cots.

Cots may come in different shapes and sizes. They may also have various features such as teething rails, storage drawers, adjustable bases, and wheels.

In American English, a cot refers to a portable bed or a camp bed. The American equivalent of cot is crib. 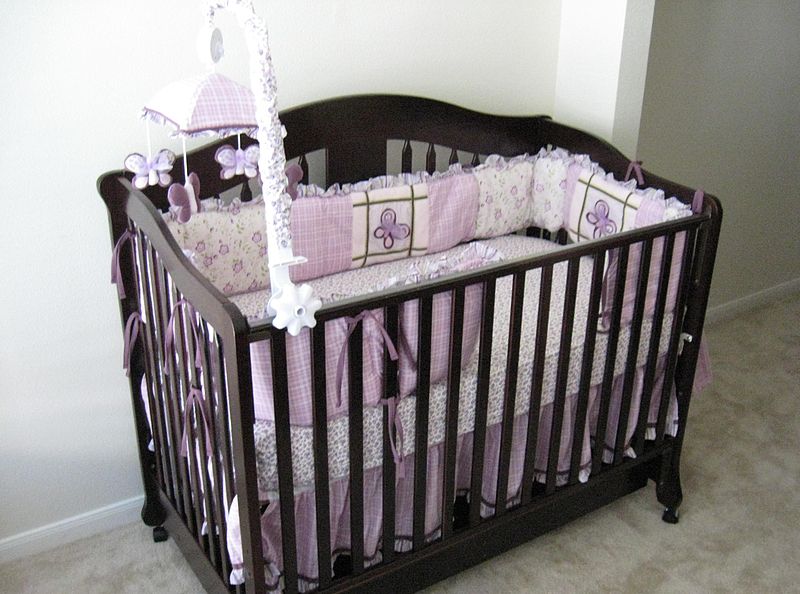 What is a Crib?

As mentioned above, crib refers to a children’s’ or infants’ bed. The British English equivalent of crib is cot. Therefore, a crib can be described as a small bed with barred sides.

In American slang, crib can also refer to person’s apartment or house; for example,

She took us to her crib one day. 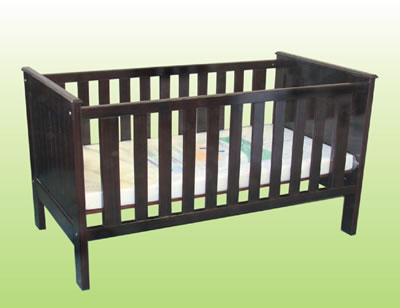 What is the difference between Crib and Cot?

Crib: The term crib may refer to a model of the Nativity of Christ, with a manger as a bed in British English.

Cot: The term cot refers to a small bed that is specially designed for infants or young children.

Crib: A crib is a small bed with barred sides that is intended to be used by infants or young children.

Cot: A cot is a portable bed, especially one that is used in camping.

“Krevetac22” By Cveleglg at Serbian Wikipedia – Transferred from sr.wikipedia to Commons by Micki using CommonsHelper. (Public Domain) via Commons Wikimedia

Difference Between California King and King

Difference Between Queen and Full

Difference Between Chair and Seat

Difference Between Ottoman and Hassock 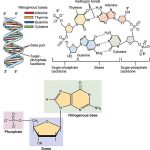 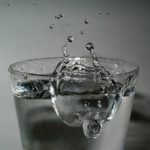 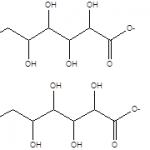