In crystallization, crystalline precipitates are formed. Precipitates can be formed in two ways; by nucleation and by particle growth. In nucleation, a few ions, atoms or molecules come together to form a stable solid. These small solids are known as nuclei. Often, these nuclei form on the surface of suspended solid contaminants. When this nucleus is further exposed to the ions, atoms or molecules, additional nucleation or further growth of the particle can happen. If nucleation continues to take place, a precipitate containing a large number of small particles results. In contrast if growth predominates, a smaller number of larger particles are produced. Rate of nucleation increases with increasing relative supersaturation. Normally, precipitation reactions are slow. So when a precipitating reagent is added slowly to a solution of an analyte, a supersaturation can occur. (Supersaturated solution is an unstable solution which contains a higher solute concentration than a saturated solution.)

Crystallization is the process of precipitating crystals from a solution due to changes in solubility conditions of the solute in the solution. This is a separation technique which is similar to regular precipitation.

The difference in crystallization method from the normal precipitation is that, the resulted solid is a crystal. Crystalline precipitates are more easily filtered and purified. The crystal particle size can be improved by using dilute solutions and adding the precipitating reagent slowly while mixing. The quality of the crystal and the improvement in filterability can be obtained from the dissolution and recrystallization of the solid. Crystallization can be seen in nature too. It is most often carried out artificially for various types of crystal production and purification.

Normally the crystals are dissolved in very little amount of hot solvent and allowed to dissolve completely. When this is allowed to cool slowly (may be after filtering), the crystals may appear again. These crystals are free of the impurity. The crystals can be separated by filtering the solution again. Recrystallization process can be carried out in several ways, and several times to increase the purity of the desired crystal.

Difference Between Crystallization and Precipitation

Difference Between Binary Acids and Oxyacids 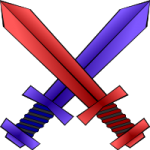 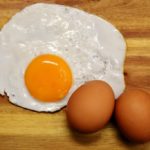