CSIS and CIA are national intelligence agencies of Canada and the US respectively and work to gather and analyze information that pertains to threats to the security of these nations. While on paper, both the CSIS and CIA are independent bodies that have similar modes of operation, there are differences between the two that are enumerated below.

CSIS, the national intelligence agency of Canada was formed in 1984 to collect, analyze report and disseminate intelligence on threats to Canada’s security and to conduct overt and covert operations throughout the world to achieve this end. The headquarters of CSIS are in Ottawa, Ontario.

CIA is the intelligence agency of America that was formed in 1947. It reports to the Director of National Intelligence all the information that it gathers relating to threats to the security of the country which is passed on to the policy makers. The agency has agents all over the world who act at the behest of the President of the US to conduct covert activities. The primary function of CIA is to get information about foreign governments, corporations and individuals that matter when it comes to safety and security of the country. The headquarters of CIA are in Langley in McLean, in the country of Virginia, close to Washington D.C.

Difference between CSIS and CIA

CSIS has traditionally focused on monitoring and gathering information on state sponsored espionage on Canadian soil, not a role that CIA has. CIA has a much broader focus as it has to keep an eye on all erstwhile communist countries, countries in different parts of the world with dictators at helm, countries that it suspects of harboring terrorism, and also on terrorist outfits that are anti US.

There are much more enemies of the US than Canada, and as such the operational scale of CIA are much broader than CSIS. CSIS is relatively young and has been in existence since 1984 while CIA has been around since 1947 and has an institutional history around it. Apart from running a covert operation against separatist Quebec movement, there is not much for CSIS to do in the world, whereas CIA has a much bigger budget and scale of operation than CSIS.

In so far as working principles are concerned, CSIS seems to be a cross between NSA and FBI and not close to CIA at all. 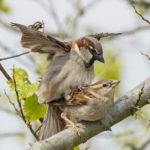 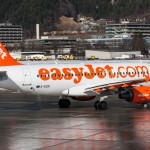