Medium Access Controller (MAC) is the hardware implementation of the protocol defined for medium access controlling which is used in case of shared networks with multiple nodes available for communication by using a single physical medium. The method evolved from the ALOHA Ethernet and two varieties have been defined to deal with different scenarios. Among them CSMA CD and CSMA CA are widely deployed in many networks like Ethernet. Carrier sense as defined here is the situation where physical layer listens to Ethernet wire before transmitting data through the network.

This multiple access method is used in wired networks since it is possible to detect collision and then proceed with so used in LANs and WANs.

This is used by IEEE 802.3 standard Ethernet networks in which each node monitors the traffic in the line and if no traffic is available then a particular node can transmit. But at the same time if two are trying to transmit then it is known as a collision. This situation is sensed by all the nodes in the given network. After that the stations which had the collision will try to send data again after some random time interval which are vary for each node. If again a collision takes place the random time taken is increased and waits again. This is the procedure used in CSMA CD networks and the method does not have any deterministic capability.

This is the multiple access scheme used in layer 2 access method in which the following method is used when nodes are trying to transmit simultaneously in a shared network. Here the node which wishes to transmit first has to listen to the medium for a pre determined period to assess the channel state. If the channel is idle then the node is capable of transmitting. Else the channel is said to be busy and node has to wait until the channel comes to idle mode.

Difference Between MAC and PC 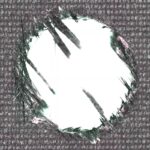 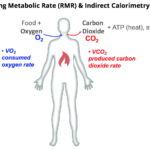