As a method of discerning the site of pathology, the human eyes and the electromagnetic spectrum of visible light is limited. This is due to the fact that some tissues are arranged in a pattern that makes it difficult to visualize, like in deep to important structures, deep to impenetrable obstacles, and covered by a neurovascular bundle that make it unrecognizable. The age of Roentgen provided with the technology to see through objects, and named that technology as x ray. The computed tomography scan came as an advancement to the x rays. Both used invisible ranges of the electromagnetic spectrum and this made leaps and bounds in diagnostic medicine. The comparison of these two will be based on the physics involved, level of use, clinical relevance and associated complications.

From the discovery of x ray technology, diagnostic medicine has reached new heights. Here the x rays, a form of electromagnetic radiation passes through the human body, to be capture on a special film behind the human. The amount of penetration depends on the strength of the wave properties. This is one of the commonest imaging techniques. It is easy to use, relatively cheap, and requires a lesser amount of expertise. There are portable versions, and miniaturized versions. The level of radiation is relatively low for a single use event. This can be enhanced with the use of radio opaque material. But the x ray devices are not good in its capacity to greatly differentiate structure, and usually does not give details regarding soft tissues. To observe the bone density differences, there has to be a relatively large level of deficit. In x-ray, we can view only antero posterior and lateral imaging along with other specific views for specific regions, but we cannot view serial cross sections of the body. With x rays, there is extremely low risk of radiation exposure. The complications would be from the radio opaque materials used, and due to a mal- functioning x ray device.

CT scans use an intensified version of x rays in conjunction with computer technology. Here, the strength of CT scans is about 500 times that of a chest x ray. The amount of penetrating power can be controlled very easily, and it is also enhanced with radio opaque dyes. These are very large devices, making it very difficult to be portable. Also, it is very expensive, and not that much freely available, and requiring an expertise to handle the device. It is very good at differentiating hard masses, and relatively good at discerning soft tissue changes. This device is rotatable, making it capable of taking multi axial views. This carries a very high risk of radiation, along with the risk of radio opaque dyes.

What is the difference between CT Scan and X-Ray?

CT scans and x rays are both used in imaging the interior of the body, requiring special films to obtain the photographs, and both are very good at separating bone from soft tissues. But the x rays are portable, ease of use, cheap and freely available. It emits only a small amount of radiation, and relates often no complications at all. CT scans are heavy machines, expensive, needing expertise and emitting high levels of radiation. The CT scans can excellently differentiate changes in two types of bone masses, and give a general description on the changes in the soft tissues. The x ray devices can only give a poor differentiation of two hard masses, and has no place in soft tissue elaboration. CT scans can take multiple views in a series, whereas x rays only can take single views in a limited range of views.

Difference between Radiology and Radiography

Difference Between Chemo and Radiation 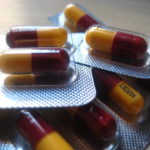 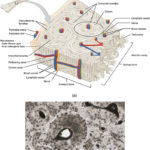 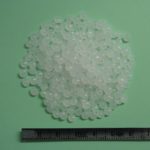 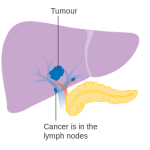