Curcumin and Cumin are two compounds that have been in the talk a lot as far as dietary intake is concerned. The reason is the alarming rate at which the incidence of cancer is increasing in the population. For the last so many centuries’ people have been making use of spices for the treatment of various ailments. It is only now, after scientific analysis of the ingredients of spices that we know about the wonderful effects of the ingredients found in turmeric and cumin on various cancers. What are Curcumin and Cumin and just how do they compare with each other?

People often confuse between a herb and a spice using them interchangeably. But they are different as a herb is a plant that does not produce woody and persistent tissues and the plant dies at the end of the growing season. The examples of herbs are coriander, mint and parsley. A spice on other hand is that part of the plant that is used to add flavor to recipes such as the seed or the root of the plant. Examples of spices are ginger, turmeric and cumin.

Cumin is the seed of a small plant found in hot climates. These seeds are boat shaped, resemble caraway seeds, but are lighter in color. They need to be roasted before ground, and then they can be added to a lot of recipes such as curries, grills and stews. Cumin seeds are very commonly used in India, Mexico, and The Middle East. It is believed that cumin has many health benefits such as providing relief in heartburn, nausea, and diarrhea as it produces pancreatic enzymes. Today scientists have proved cumin to have anti cancer properties as it has the ability to kill free radicals that are considered to be responsible for the formation of cancers. It also fights cancerous cells by enhancing lever’s detoxification enzymes.

Turmeric is a spice that contains Curcumin, a chemical compound that has been found to have anti cancer properties. For centuries, turmeric has been used as an antibiotic in India to provide relief in wounds and cuts. It has great healing power and the ability to suck pain when taken orally mixing it with milk. Turmeric is also very effecting in sprains. It has been used in heaps since time immemorial in Indian kitchen and the low incidence of the cancer of the esophagus among Indians has been attributed to the use of turmeric containing Curcumin.

Curcumin has a chemical formula of C21H20O6 and has a bright yellow orange appearance. A lot of research has gone into curative properties of Curcumin and it has been found to be anti tumor, antioxidant, anti arthritic, anti-inflammatory, and anti-ischemic. It is also anti depressant and is effective in Alzheimer’s disease. It is a wonderful compound that has been shown to induce apoptosis in cancer cells. It inhibits tumor cell proliferation and has been effective in containing the spread of breast cancer.

Difference Between White and Yellow Cornmeal 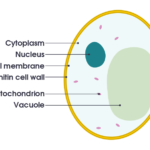 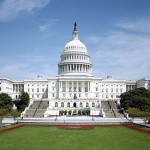