When cuttlefish and squids are considered, the difference between them should be clearly understood, because someone would think that both these are the same. In fact, it has been a common mistake committed by many. Generally, cuttlefish are a group of marine animals and squids represent as a part of that group. This article would be a great help for anyone with uncertainty about these two, as it clearly distinguishes the difference between them.

The term cuttlefish refers to many types of marine animals, including many taxonomic groups. However, as the name cuttlefish sounds like fish, someone would understand them as a fish variety, but they are not. In fact, cuttlefish is a group of marine molluscs belong to the Class: Cephalopoda. They mainly include squids, octopuses, and nautiluses. Usually, they have eight arms, two tentacles equipped with denticulate suckers, and large W-shaped pupils in eyes. In addition, they might have an internal bone (called pen) or an external shell depending on the subgroup characteristics. Since cuttlefish contains many taxonomic groups in the Class: Cephalapoda, they vary in a large range of sizes and bodyweights depending on the species. Usually, they feed on zooplankton including small molluscs, crabs, shrimp, fish, octopuses, worms, and other cuttlefish. They are remarkably intelligent among most of other invertebrates, as they have very large brain in relative to the body size. Cuttlefish can camouflage well, and use it to prevent from the predators.

Squids are cephalopods belong to the Order: Teuthida. There are more than 300 species of them, and they are exclusively marine animals living in open seas. Squids have different sizes, and most of them are not more than 60 cm in body length, but the giant squids could be longer than 13 metres. Their exceptional swimming ability is noticeable, and on top of that, some species can even fly out of water for small distances. Squids have a distinct head, bilaterally symmetrical body, a mantle, and distinct arms projecting from one place (head). The structure of their body contains two long tentacles with eight arms arranged in pairs. The main body mass of the squids is enclosed inside their mantle except for the tentacles and arms. The underside of their body is lighter than the upper sides. Usually, squids can camouflage using their chromatophores on the skin; those enable to change the skin colour according to the environment. In addition, they have ink expulsion system, which helps to hide themselves from predators.

Difference Between Opossum and Possum 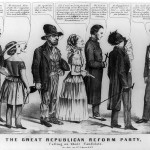