Cyanosis and hypoxia are two conditions that require prompt medical attention. Cyanosis is characterized by the bluish discoloration of peripheries or the tongue when the deoxygenated hemoglobin content in the blood rises more than 5g per 100 ml of blood. The diminished availability of oxygen to the body tissues is known as hypoxia. The key difference between cyanosis and hypoxia is the appearance of bluish discoloration in the mucous membrane, which is the hall mark feature of cyanosis.

1. Overview and Key Difference
2. What is Hypoxia
3. What is Cyanosis
4. Similarities Between Cyanosis and Hypoxia
5. Side by Side Comparison – Cyanosis vs Hypoxia in Tabular Form
6. Summary

The diminished availability of oxygen to the body tissues is known as hypoxia.

A classic example of this kind of a situation is cyanide poisoning. Cyanide acts as an irreversible inhibitor of the enzyme cytochrome oxidase. Thus oxidative phosphorylation does not take place. In Beri Beri, the lack of Vitamin B affects oxidative respiration.

Effect of Hypoxia on the Body

Depending on the underlying cause, administration of oxygen can be effective in the management of hypoxia. Oxygen can be administered in main three ways 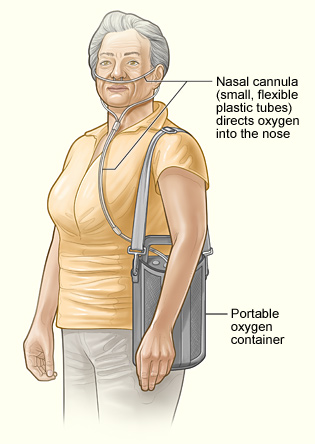 Oxygen therapy is extremely effective in the treatment of hypoxia which is caused by the lack of oxygen in the atmosphere. Administration of oxygen can also be helpful in the management of hypoxia due to hypoventilation. But since hypoventilation results in the accumulation of carbon dioxide in the circulatory system, oxygen therapy alone will not improve the symptoms.

When the cause of hypoxia is a condition affecting the respiratory membrane through which the diffusion of gases happens, administration of oxygen from outside will increase the partial pressure of oxygen inside the alveoli. Consequently, the diffusion gradient also increases, expediting the movement of oxygen molecules into the blood. Therefore oxygen therapy is an effective mode of treatment in the management of hypoxia due to respiratory membrane pathologies.

In case of hypoxia due to hematological abnormalities, there is nothing wrong with the mechanism by which the alveoli receive oxygen. Therefore, oxygen therapy has no place in the management of hypoxia due to such reasons since it is not the oxygen supply that is impaired,  but the carrier system which is responsible for the perfusion of oxygen from lungs to the peripheral tissues. Similarly, if the pathology lies in the tissues,  making them incapable of consuming the oxygen delivered to them by blood, oxygen therapy will not be useful in ameliorating the patient’s condition. 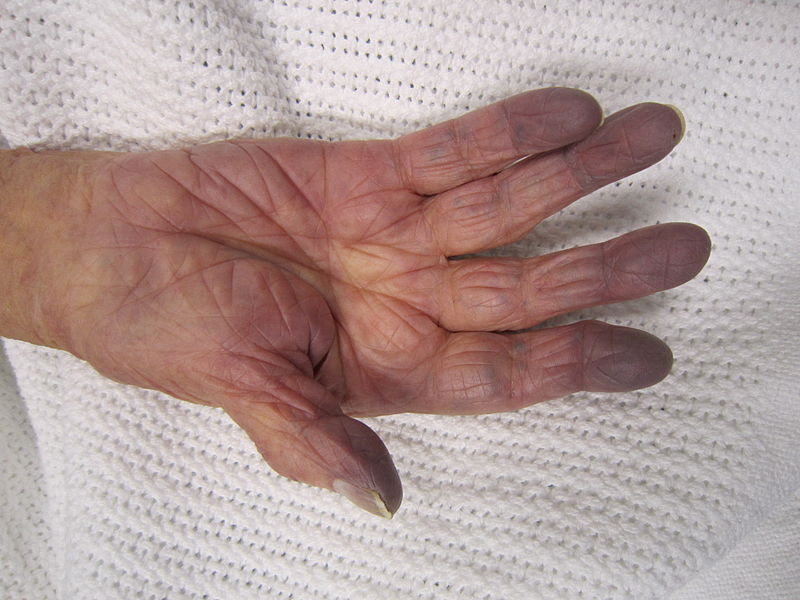 Depending on the location of the bluish discoloration, cyanosis has been divided into categories as

The cause of central cyanosis is the shunting of venous blood into the systemic circulation as in the right-left cardiac shunts. Central cyanosis appears on the tongue.

Peripheral cyanosis is seen in the hands and feet. It is caused by any condition that leads to stasis of the blood in the peripheries. Vasoconstriction of the regional vessels, congestive cardiac failure, Raynaud’s disease and exposure to cold temperature are the common causes of peripheral cyanosis.

What is the Similarity Between Cyanosis and Hypoxia?

What is the Difference Between Cyanosis and Hypoxia?

Hypoxia and cyanosis can be regarded as two clinical features which arise due to the faulty circulation of blood to different regions of the body. Hypoxia which is the limited availability of oxygen to the body tissues totally blunts the oxidative respiration. Cyanosis is due to the increase in the concentration of deoxygenated hemoglobin in the blood.  This is the difference between cyanosis and hypoxia.

Difference Between Hypoxia and Ischemia

Difference Between Viral and Bacterial Pneumonia 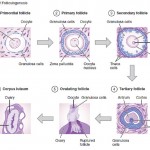 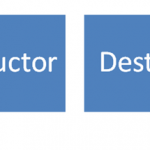 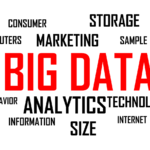