Cyclone and typhoon are natural phenomena that usually accompanied by stormy, destructive weather. However we try to differentiate a cyclone from a typhoon, we cannot seem to find any quantitative difference in speed, or in strength and casualties it brings over a certain geographic area. But there is one thing that may help any of us understand how these are being used.

Cyclone is a strong revolving storm which is caused by winds blowing around low atmospheric pressure areas. This storm is characterized by strong and howling winds accompanied by very downpour of rain. Cyclones usually begin in tropical regions and develop over warm seas near the equator. But before it develops as such, under specific conditions, it starts off as tropical depression where there are usually high winds and thunderstorms. When tropical depression passes over warm waters, it increases in speed and could advance to tropical storm. Once it develops into a strong rotating storm and its wind speed exceeds 39-73 mph, then a cyclone is born.

Depending on the location on which the cyclone is located, it coined in different names. Typhoon is one of them. Typhoon is a type of cyclone that is generated in the Northwestern Pacific Ocean that is near Asia. Typhoon is a tropical cyclone. The winds blowing in this area rotate counter clockwise as opposed to cyclones which rotate clockwise.

Difference between Cyclone and Typhoon

As you can see, there really isn’t that much of a difference between these two terms, except that the name changes depending on which region the storm hits. For cyclical storm that forms in the Indian Ocean and Southwestern Pacific Ocean which is near Australia, they term it a cyclone while Northwestern Pacific Ocean cyclones are referred to as a typhoon. Another thing to consider is the direction of the rotation of the wind. When the storm is blowing clockwise, it is a cyclone; storm blowing in counter clockwise direction is a typhoon.

Knowing more about these types of cyclical storms and their difference can help us understand more especially when we’re watching weather news or reading weather forecasts from other countries. It helps us understand that the typhoon they’re experiencing in the Philippines is actually the cyclone that passed through Australia. 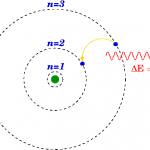 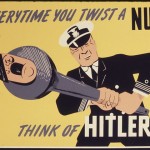