Cysts and boils are skin infections that are common in human beings. In many instance, as they look similar, people find it difficult to differentiate between a cyst and a boil and remain confused about the line of treatment they need. This article will talk about both in detail highlighting their features, symptoms and causes and also the course of treatment they require.

Boils are a common phenomenon mostly associated with painful bumps around hair follicles that are tender to touch and warm in feeling. They can take any shape and size from a pea to a golf ball depending upon severity. They usually have a head which is either yellow or red in appearance because of the pus it contains that discharges when the boil is ready to drain. Boils result from the infection caused by bacteria called staphylococci that are normally present on our skin. Boils can be caused by ingrown hair, foreign material getting lodged in skin or because of plugged skin pores.

Boils are infections that initially take the form of a reddened, tender spot that grows in size and become hard and painful. Later the center of the boil becomes soft (called head) when it is ready to drain the pus that is formed inside the boil. Doctors also refer to boils as skin abscess.

Cyst is different from a boil in the sense that it is not just a collection of pus. It has a sac like structure containing air, solids and fluids that is tender to touch. Most of the cysts in our bodies are not malignant and go away on their own. However, there are some cysts like ovarian cysts that need medical attention as they can rupture and leave their content inside the stomach. This is why women having ovarian cysts are advised to get them removed by surgery. Cysts can get formed anywhere inside our bodies. They vary in size from being microscopic to larger than the organ where they develop.

There are many causes of cyst formation such as an obstruction in the normal flow of fluids inside our bodies, genetic predisposition, infections and inflammations, or they may be caused by cancers in our bodies. It is easy to spot cysts as one can feel undergrowth that is soft to touch such as cysts under mammary glands (breast cysts). However, there are cysts that are detectable only through ultrasound or MRI.

Difference Between Cyst and Tumor

Difference Between Anorexia and Bulimia 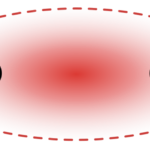 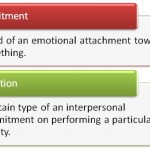