Dash and hyphen are different punctuation marks that are in the form of small straight lines, which makes it difficult to differentiate between these two different forms of punctuation marks. To a casual observer, both a dash as well as a hyphen are short, horizontal lines that are used to connect words or numbers in a piece of text but to someone who is a writer the difference between a dash and hyphen is very important as he makes use of both properly when required. Let us understand the small difference between a dash and a hyphen in this article.

Dash is a punctuation mark that is used in two different forms called em dash and en dash. While em-dash is long, en-dash is the shorter of the two. Why they are called so, is because of the fact that the type setting of em-dash is the same as that of the character m in a keyboard whereas the setting of en-dash is of the same width as that of the letter n. It is clear to all that the letter m is double the length of the letter n, and thus em-dash is double the length of en-dash. This is why em-dash is also sometimes called the double dash as it is longer than en-dash.

The thing to remember when using it as a punctuation mark between words in a sentence is to use spacing on the either side when using an en-dash. On the other hand, there is no spacing before and after the longer dash, the em-dash. Of the two, it is en-dash that is used by writer more commonly. As far as usage is concerned, while the wider m dash denotes a pause or an afterthought, the smaller en-dash is neutral and is used to denote a range, such as in money or in quantity. ($X – Y) or (50 – 75).

Hyphen is a punctuation mark that is smaller than dashes and is always used to fill the space between words such as co-ordination, air-conditioner, and so on. While a merry-go-round is just a kind of swing, it is written with the help of hyphens, to let the readers know that it is actually a compound word. There are many examples of the use of hyphen in English language, and even the modern e-mail makes use of this wonderful punctuation mark. Thus, the main use of hyphen is to break up a word into part or to join different words to make a compound word.

What is the difference between Dash and Hyphen?

• Hyphen is smaller than a dash.

• Hyphen is used to break up words or to join different words to make compound words.

• There are two different dashes, the em-dash and the en-dash.

• Em-dash is double the length of en-dash and is used without spacing on either sides unlike in en-dash that requires spacing on both ends. 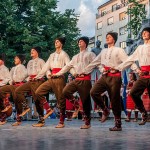 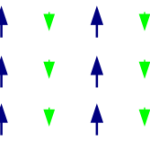 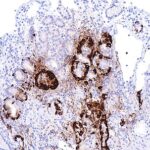