Frye v. US was a case in 1923 where James Frye was tried for murder and in his defense he produced the testimony of an expert with the result of a blood pressure test to try to prove that he was speaking the truth when he did not accept culpability. This deception test was projected as being able to tell if a person is lying or not. This case became a standard for judges while allowing admissibility of testimony of experts based upon scientific methods. Frye test is also referred to as Frye standard or general acceptance. This test pertains to admissibility of testimony of experts with the help of scientific methods. There are many states in the country that adhere to Frye test till date.

It was in 1993 in the case between Daubert and Merryl Dow that Supreme Court gave a verdict that has changed the manner in which scientific testimony has been admitted till now. Till this case came along, law courts in US accepted Frye test but, in this case, Frye was abandoned for the first time. Daubert test deals with the admissibility of the testimony of the expert and is based upon three major cases known as Daubert trilogy. Many states in the country have switched over to Daubert test or standard whereas there are still many states that stick with Frye test.

What is the difference between Daubert and Frye?

• Frye test applied to admissibility of expert testimony based upon scientific method from 1923 till 1993 when it was superseded by Daubert test.

• Frye test concerns with scientific knowledge only whereas Daubert test applies to technical and other specialized knowledge too.

• Both Frye and Daubert tests try to tackle the problem of misuse of expert testimony that has become a bane of the society.

• Many states still stick to Frye test whereas many states have switched over to Daubert test. 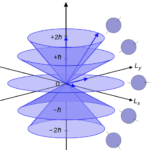