Despite the fact that we hear the Latin expressions de jure and de facto so often and also read them mostly in newspapers, in legal and political settings, many of us would be hard pressed to tell the exact difference between the two. This is because of the similarities between the two as both seem to be related with law and also because of the inability of most people to grasp the nuances of Latin language. This article attempts to highlight the differences between de jure and de facto to enable people to make correct use of these expressions and also to understand them in a better manner when reading or hearing these expressions.

De Jure is a Latin expression that means legitimate or lawful. When we talk of governments, we mean de jure governments in place that implies legally elected, and so recognized by other states. However, if in a state or a country it so happens that there is someone calling the shots from behind the scenes and having the real reigns of power in his hands, he is said to be the de facto power. Imagine a country where the government has been overthrown by a military coup and it has been forced to go in exile. This government is then considered as de jure government by other countries of the world while the de facto government is the one holding the reigns of power in the country.

If de jure and de facto segregation are the most notorious use of these Latin expressions, there is another context where these expressions are used, and that is the hapless situation of statelessness. UNHCR defines statelessness as a situation where a person is without a nationality or citizenship and remains marginalized in all aspects of life. Stateless people face many difficulties in their daily lives such as lack of access to health care facilities, education, justice etc. They also become easy victims of various crimes like human trafficking and drug peddling. For these people, the term de facto statelessness is used to reflect the reality that they are ignored by the country they are in, and their own country also refuses to accept them as its citizens. 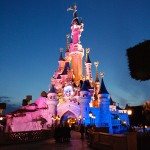