Debt is akin to a loan that a common man has taken from a bank. As long as he is able to pay back installments on time, he is said to be servicing the debt or loan normally. It is only when he is irregular or is not able to pay his installments for a few months that he is said to be running into deficit. However, this is rather too simplistic a demonstration of the two concepts that are intertwined with expenditures of all governments around the world. If a government spends more than it earns implying generation of revenues, it is running into deficit and is forced to present a deficit budget. We keep hearing of the word debt also connected with this excess expenditure, which is what this article attempts to explain highlighting its difference with deficit.

Have you heard about national debt and federal budget deficit? Net borrowing by the federal government is referred to as national debt, which is calculated by finding out the difference between the money spent by the government and the money earned by the government. If a government is continually spending more than it is earning in a year, it is adding to the deficit each year. If however, revenue exceeds spending, the government presents a budget of surplus, which lessens the debt of the government. Now you know why budgets that are attractive with no tax cuts are as bad for the economy of the country as they add on to the debt of the country. Back in 1976, the national debt was $540 billion which has today gone past $5 trillion. This means that 35 years of financial indiscipline and reckless spending have caused a ten fold increase in our national debt. We are paying $200 billion as debt servicing every year. Imagine $200 billion going up in thin air without purchasing anything for the nation! This simply means that US needs to present a surplus budget for nearly half a century to pay off our national debt that stands at $5 trillion. This is really alarming for generations to come as in future not so distant, all tax revenue will be gobbled up by interest repayment an nothing would be available for developmental works.

Difference Between Creditor and Debtor 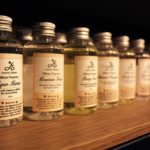