In CES 2015, Dell unveiled their new XPS 13 Ultrabook, which they claim that it is the “smallest 13-inch laptop on the planet”. Though the screen is just 13 inches, it has a huge high-definition resolution of 3200 x 1800 pixels. The Ultrabook is impressively thinner, which is between 9-15 mm. The weight is also just 1.18 kg. This ultrathin and ultra-lighter Ultrabook is hence a very portable one that one can carry anywhere with comfort. The processor is a 5th generation Intel processor where the customer can choose between i3, i5 or i7. The system comes with Windows 8.1 preinstalled. The RAM also can be selected from 4 GB and 8 GB. The hard drive is an SSD where the Core i7 version has a 256 GB SSD while the others have only 128 GB. Graphics is accelerated by the latest Intel inbuilt graphics called HD 5500. The display is the most interesting feature to emphasize. For the i3 edition, the display is just a 13.3 inch FHD, which has a resolution of 1920 x 1080 pixels. But for the high-end i5 and i7 editions, the display is an UltraSharp QHD+ touch display, which has a huge resolution of 3200 x 1800 pixels. Dell claims that it has about 4.4 times the pixels found on a MacBook Air 13 having a HD+ display. The battery life is incredibly high where for FHD displays, the battery can sustain 15 hours, while QHD+ displays can sustain 12 hours. At first, this looks hard to believe but the latest energy efficient Broadwell technology in Intel 5th-generation processors facilitate such large battery life.

The latest Transformer Book Chi T300 was unveiled by Asus in CES 2015 where they call it the “World’s Thinnest Detachable Laptop”. This detachability is a very interesting feature. Initially, the device is a laptop but the keyboard can be detached to convert it into a tablet. This removes the necessity to carry two devices namely a laptop and a tablet separately with you. When the device is detached to turn to the tablet mode its dimensions are 317.8 mm x 191.6 mm x 7.6 mm and the weight is 720 g. When the keyboard is fixed to turn it to a laptop the thickness increases up to 16.5 mm and the weight becomes 1445 g. The device is furnished with Intel 5th Generation processors of the Core M series. Customer has a choice where they can select the processor from Core M 5Y71 or core M 5T10. Windows 8.1 is pre-installed in the system. RAM capacity can be selected between 4GB and 8GB. The storage is facilitated by a SSD of capacity 64 GB or 128 GB. The display is a multi-touch 12.5 inch panel where there are two choices. One is the FHD display with 1920 x 1080 pixels resolution. The other is the superb WQHD display with 2560 x 1440 pixels resolution. Asus claims that the battery can sustain 1080p video playback for 8 hours of time.

What is the difference between Dell XPS 13 and Asus Transformer Book Chi T300?

• Dell XPS is a conventional Ultrabook. But Asus Transformer Book Chi T300 is a detachable Ultrabook where once the keyboard dock is attached it is a laptop and when it is detached it is a tablet.

• The thickness of Dell XPS is 9-15mm. The Asus Transformer Book has a thickness of 7.66 mm while it is in the tablet mode and it is 16.5 mm when in the laptop mode.

• The display of Dell XPS 13 has a diagonal length of 13.3 inches. But this is bit lesser which is 12.5 inches on Asus Transformer Book.

Dell XPS 13 is a conventional Ultrabook. But Asus Transformer Book is a special one where it is an Ultrabook with a detachable keyboard. Hence, it can be used in both laptop mode and tablet mode. Another difference is in the screen. The Dell XPS has an edition that has a display with a huge resolution of 3200 x 1800, but the maximum resolution on the Asus Transformer Book is lesser than this which is 2560 x 1440. The battery life also has a difference where Dell claims that their XPS 13 can sustain about 12 hours of runtime while Asus Claims that their Transformer Book can sustain a 1080p video playback of 8 hours. Both devices are furnished with Intel 5th Generation processors, but Dell XPS 13 has Core i series processor while Asus Transformer Book has Core M series processors.

Difference Between Alienware and Dell XPS 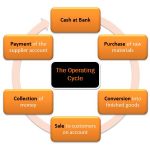 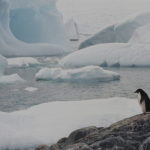