Dinosaurs are undoubtedly one of the animals that come into our minds whenever the reptiles are concerned. Those unmistakably identifiable animals are unique among reptiles as well as all other biological creatures due to their unimaginable and horrifying physique. Their uniqueness is discussed in summary with a brief description about reptiles separately. Furthermore, a comparison is presented between dinosaurs and reptiles, so that the differences would be more meaningful to the reader.

Dinosaurs were the largest animals ever known to live on the Earth according to the fossilised remnants. They were thriving on the Earth from their existence, before 230 million years, until their extinction  65 million years ago. In other words, the dinosaurs were the most dominant animals on the Earth between late Triassic and end of Cretaceous periods, which expanded about 165 million years. Dinosaurs were enormous animals with four feet, but they were upright reptiles walked using the forelimbs. They were a vastly diversified group of reptiles that provide fossilised evidences of about 1050 described species in more than 500 different genera. The size variations were highly considerable as some are estimated to be only 110 grams while the most dinosaurs were weighing between 100 and 1,000 kilograms. However, the gigantic Sauroposeidons would have weighed possibly over 120,000 kilograms and measured more than 60 metres in height. They have conquered all the ecosystems with many occupants to the available ecological niches, generally including both terrible carnivores and innocent herbivores. Being reptiles, those cold-blooded dinosaurs could not withstand the ice ages taken place at the end of the Cretaceous period according to the most widely accepted theory that explains their extinction.

Reptiles belong to the Class: Reptilia with a history that dates back to about 320 million years from today. Both mammals and birds originated from reptiles and amphibians gave rise to them. There are about 8,000 species of reptiles in four different taxonomic orders known as Squamata (snakes), Crocodilia (crocodiles and alligators), Testudines (turtles), and Sphenodontia (tuatara). Snakes are the most diversified group among these four with about 7,900 extant species. Turtles rank the second with about 300 species, and there are 23 crocodile species and 2 tuatara species from New Zealand. Reptiles are cold-blooded animals with scaled skins and they lay shelled eggs. However, some of the snakes do not lay eggs but give birth to offspring. They have limbs except for the snakes, and some python species have rudimentary legs indicating that they evolved from tetrapods or legged animals. Currently, reptiles live in all the continents except Antarctica. The reptiles are highly adapted to conserve water in their body, and they absorb all the water in their food before defecation. Unlike mammals, reptiles do not chew their food, but swallow it, and both mechanical and chemical digestions take place in the stomach. All the reptiles are carnivorous, but some of the prehistoric dinosaurs were both carnivorous and herbivorous. 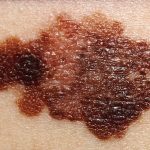 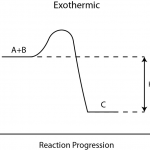