1. Overview and Key Difference
2. What are Dioxins
3. What are PCBs
4. Side by Side Comparison – Dioxins vs PCBs in Tabular Form
5. Summary

Dioxins are a group of chemical compounds that are considered as persistent environmental pollutants. Most members of this group are highly toxic compounds. These compounds are grouped together since their mechanism of action regarding the toxic effect is the same. E.g. these compounds tend to activate aryl hydrocarbon receptor (AH receptor) in different binding affinities depending on the chemical structure of the dioxin compound. 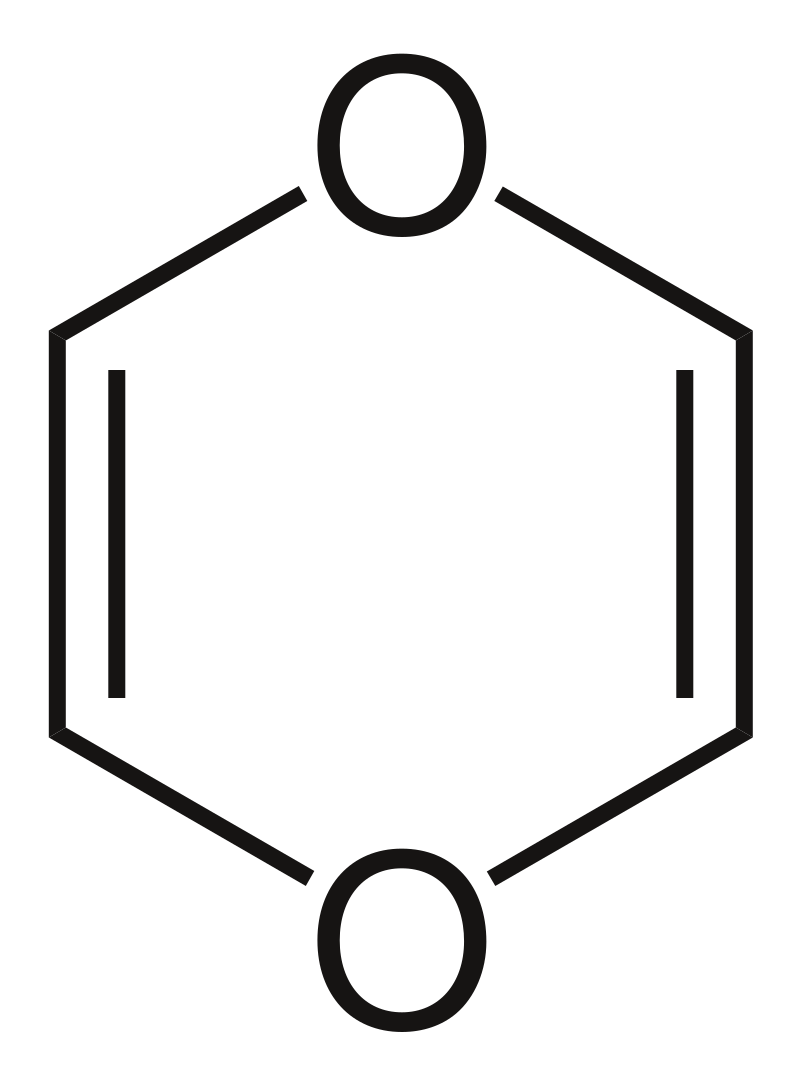 Dioxin compounds are virtually insoluble in water but are soluble in lipids. Thus, this makes these compounds able to associate with organic matter such as plankton, plant leaves, and animal fat. In addition to that, these compounds tend to be absorbed into inorganic particles, such as ash and soil. These are extremely stable compounds and tend to accumulate through the food chain.

PCBs or polychlorinated biphenyl compounds are a group of organic chlorine compounds having the general chemical formula C12H10-xClx. These compounds were once widely deployed as dielectric and coolant fluids in electrical apparatus, carbonless copy paper and in heat transfer fluids. The molar mass of PCBs varies according to the value of the “x” in the chemical formula. However, PCBs appear in light yellow colour or can be colourless. These are thick, oily liquids.

PCB compounds are considered as organic pollutants that can cause environmental pollution. Due to their characteristic longevity, they are still in use, but their production has been drastically decreased since 1960 due to its environmental toxicity. They are classified as persistent organic pollutants. According to some research studies, PCBs can cause cancer in animals and are probable carcinogens for humans. These compounds can accumulate in the food chain, including many rivers, buildings, parks, and other sites.

PCB compounds are structurally similar to dioxin compounds, and their toxic mode of action is also the same. However, PCBs can cause extra toxic effects, such as endocrine disruption and neurotoxicity.

Similar to most other organic environmental pollutants, PCBs do not break down or undergo degradation easily, making them attractive for industries. These compounds are resistant to acids, bases, oxidation, hydrolysis, and temperature changes as well. Moreover, these compounds can generate extremely toxic compounds such as dibenzodioxins and dibenzofurans through partial oxidation.

What is the Difference Between Dioxins and PCBs?

Dioxins and PCB compounds are organic pollutants. The key difference between dioxins and PCBs is that most dioxins are naturally occurring substances and are never synthesized for any purpose, whereas PCBs are substances that were synthesized for various technical purposes. Therefore, dioxins already exist in the environment while PCBs are released to the environment due to human activities.

Below is a summary of the difference between dioxins and PCBs in tabular form. 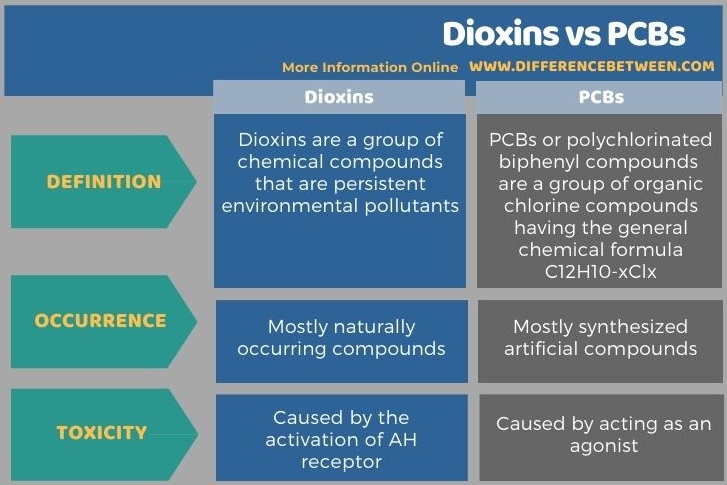 Dioxins and PCBs are stable compounds containing chlorine atoms attached to hydrocarbon compounds. These are considered as organic pollutants. The key difference between dioxins and PCBs is that most of the dioxins are naturally occurring substances and never synthesized for any purpose, whereas PCBs are substances that were synthesized for various technical purposes.

Difference Between Aromatic and Aliphatic Aldehydes

Difference Between Butane and Butene

Difference Between THF and Dioxane 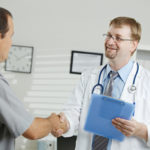 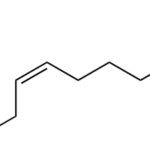 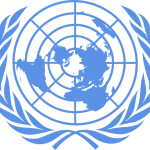