Directives and regulations are acts of legislation and are used in reference to European Union. The union consists of member states and these acts apply to some or to all members of the Union. The significance of these legislative acts lies in the aims set out for the European Union as both help in achieving these aims. Some of the regulations and directives are binding in nature while others are not so binding. Many people remain confused between a regulation and a directive because of their similarities. This article attempts to highlight the differences between a regulation and a directive.

Legislative acts that lay own aims to be achieved by member states in European Union in a general manner leaving it upon individual members to interpret and make laws, to fulfill the aim are called directives. An example of a directive is one that relates to working time of employees. This directive states that member states shall aim to make too many hours of overtime as illegal. The directive contains the intermittent rest periods enumerating their number and the maximum number of hours of work. However, it is up to the member states to decide on the working schedule, to suit their own requirements. The implementation of the directive is also left upon the discretion of the member countries of the European Union.

What is the difference between Directive and Regulation?

• Regulations are acts of European Parliament and are binding upon all member countries of the Union.

• Directives are also legislative acts of the Parliament but are general in nature and not binding.

• Directives set out goals to be achieved by all member countries, but it is left upon member states, to decide upon the nature of implementation.

• Directive is like a recommendation whereas regulation is no less than a law.

• Working hours for employees were sought to be regulated with working hour directive though implementation is left upon individual member states of the Union.

• Directives apply to some or all of the member countries whereas regulations apply across all member states.

Difference Between Law and Regulation 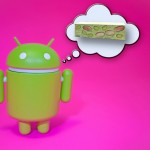