Director is a higher executive post in a business organization that comes with many prefixes, and there may be many directors in a large organization. If nothing is specified, it can be assumed that a director is a person belonging to the board of directors. As per law, a director is known more by what their job is rather than their job title. Thus, we can have an executive director or a managing director where the title says it all. In any case and with whichever title, directors play a pivotal role in an organization and are responsible for the success of the organization. Let us understand it in depth.

There are two types of directors in most organizations, and they are classified as executive or non executive. Though there is no basis for such a distinction, it is seen that executive directors are those who are involved with the day to day operations of the department they are attached with, such as director (finance), or director (personnel). Executive directors not only manage people, they also look after the hiring and firing in their department also they supervise or directly deal with contracts with other parties.

Non executive directors, though rarely seen involved with day to day operations of a company play a significant role in the success of a company with their expertise and advice. They play the role of a monitor and mentor and lend their experience in times of crisis. They are also appointed for their expertise in negotiation of contracts.

Managing Director is supposed to be the highest ranking officer in any business organization, though this is a title that is used more in Britain than in America, where the title of Chief Executive Officer is more commonly used. However, a CEO, or a MD are both answerable to the board of directors that has the interests of the shareholders of the company at their heart. An MD is a link between the employees and the board of directors, and he performs many functions in his capacity of the captain of the ship. He is a leader, motivator, manager, and a decision maker. He is the person who is the face of the company as he handles the press and media.

Difference Between CEO and Managing Director

Difference Between Cinematographer and Director

Difference Between Writer and Stenographer 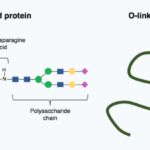 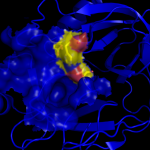