Fusion is the process where particles, molecules or atoms combine to form larger units. Diffusion is the reverse process of fusion. In diffusion, atoms, particles, or molecules are separated from the original unit. If a diffusion process takes place inside a liquid such as water, the diffused particles get randomly distributed throughout the volume. When a solid that is soluble in a liquid is placed inside that liquid, it gets diffused into smaller particles. If the amount of solid put into the liquid is smaller than the saturation mass of the solid in that liquid, the solid totally dissolves creating a homogeneous solution. If the mass is greater than the saturation mass a portion of the solid remains as solid. The saturation mass of the solution depends on the solid, liquid, and the temperature.

The diffusion process always requires breaking bonds. It requires energy to break a bond. Therefore, a diffusion process is always endothermic. An increment of the temperature would cause a higher amount of diffusion. Diffusion can take place even without a medium. The conversion of ice to water is a diffusion process. The bonds between water molecules inside ice are broken to achieve the state of liquid.

Dispersion is the process where matter flows from a high concentration to a low concentration. Dispersion is discussed in optics, sound waves and water waves. The process of dispersion occurs when a high concentration of diffused matter is present. The random motion of the matter causes the particles to go in random directions. This causes the particles to spread out throughout the medium. When this spreading out is finished, and the system becomes homogeneous with respect to that material, the system is said to be in equilibrium. If the dispersed volume is infinite, it takes infinite time to reach equilibrium. Dispersion discussed in optics refers to the spreading out of light beams from instruments such as prisms. The dispersion in sound and water waves refers to the dispersion of waves due to pressure and density anomalies inside the material.

Difference Between Dialysis and Hemodialysis 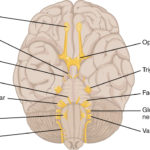