Distortion is the exclusion from the original waveform in the reproduction process. In common usage ‘distortion’ refers to many deviations from the original. Distortion includes non-linear output amplitudes, extra overtones, non-flat frequency response, phase shifts and variations in phase velocity. To overcome some of these effects, engineers use equalizers. In music, distortion can destroy the music quality as well as induce extra quality. In telecommunication and audio video post editing, it is useful to analyze how the distortion is introduced to the signal since the signal processing is needed to remove variations. Distortion is harmful to data transmission. Engineers always try to eliminate distortion, while musicians use the same daemon as a musical effect. Many rock, heavy metal genre guitarists use distorted strings to spice the music. 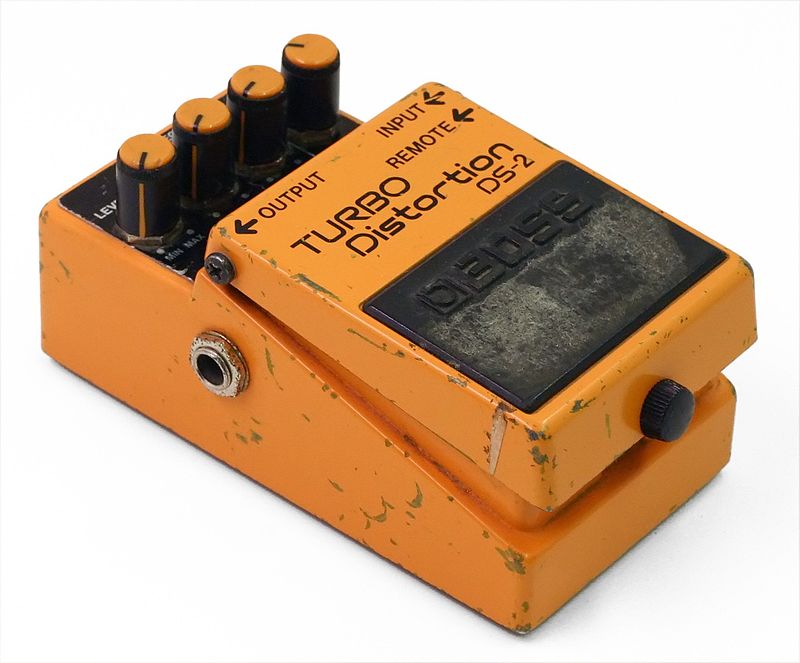 As seen as in the above figure, the signal is expected to amplify beyond the threshold level. The output signal is limited to the orange area since saturation has taken place. The larger the amplification (gain) expected, larger the distortion that take place. No matter how much gain is expected, the output signal clips at the threshold level. The increase in original waveform results in more and more alterations from the original.

Sometimes the clipping might convert the original signal into a square wave. It’s termed as hard clipping. Many classical distortion/overdrive pedals are replaced by modern semiconductor circuitry.

What is the difference between Distortion and Overdrive?

Definition of Distortion and Overdrive

Distortion: Distortion is the exclusion from the original waveform in the reproduction process.

Overdrive: Overdrive is a sign of exceeding maximum gain.

Characteristics of Distortion and Overdrive

Overdrive: Overdrive is a branch of distortion.

Difference Between Attenuation and Distortion

Difference Between Distortion and Noise

Difference Between HID and LED