Home / Others / Difference Between Divorce and Legal Separation

Two people when get married, they have certain commitments and responsibilities towards each other. However, with the passage of time, if they feel that they do not get along, they have options available to sort out things between them in a normal manner. If things worsen up, then it is better to consider any of the options available such as that of legal separation, divorce or annulment. All the three processes help the couples in terminating their marriages in legal way, however all three differ from each other to a great extent. Below listed is a complete description about divorce and legal separation.

In common man’s language, divorce is commonly known as a method of terminating the marriage. However, in legal terms, divorce is considered to be the final stage in the dissolution process of the marriage. As a matter of fact, when two people reach this final stage of divorce, all the legal rights, duties, obligations and commitments that bind two people together are finally taken away. Both the people involved finally lose their marital status and also get the licence to remarry. It is certainly easier and smoother to get divorce than annulment. However, the toughest part in this process is the custody of the child. The fight for the custody of the child makes this whole process quite bad. This process of divorce is not applicable in all the countries, while there are still some other countries which have yet tougher rules such as annulment.

Legal separation is a process, which is a step lower and certainly simpler as compared to the divorce. We can consider it a step lower mainly in context to the legal duties and obligations. It is however, quite difficult to obtain this. In simpler terms, in this process, both the partners agree to stay apart from each other, but both of them will have to support each other and also have all the legal commitments towards each other. As a matter of fact, both the people continue to stay bound to each other similar to that of a married couple. Due to this, they are not permitted to remarry as in the case of divorce or annulment.

Marriage is a very sacred institution. The partners should try their best to stay together and resolve their issues as far as possible. However, when things become completely impossible, then the person is left with no other option but to go ahead with any of the above mentioned processes. It is extremely important to have a complete understanding about the above mentioned processes before actually going ahead with any finalizing any one of them. It is also imperative to consult the right kind of lawyer and take his assistance in all the legal matters related divorce or legal separation so as to avoid any kind of problems or confusion later. It is always better to end the process in a decent manner so as to avoid any further tensions. 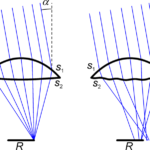 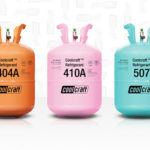 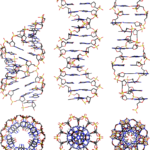