DMK and ADMK are two political parties prevailing in the district of Tamil Nadu in the southern part of India. In fact it can be said that they are the two strong parties in the state. If one is elected into power then the other one sits as opposition in the legislature.

DMK actively entered into politics in the year 1962. The party gained a lot of popularity thanks to its involvement in the anti-Hindi agitations that shook the state of Tamil Nadu in the 1960s. Till 1967 Congress was ruling over Tamil Nadu but DMK came into power with a supreme majority in the elections and put an end to the Congress era in the state from then on. Till now the Congress has not performed that well in any of the elections held after 1967.

Although Anna Durai became the chief minister in 1967, he ruled only for 2 years as he died of cancer in the year 1969. M. Karunanidhi became the chief minister in the year 1969. The then treasurer of the party M.G. Ramachandran, dearly called as MGR by his supporters opposed M. Karunanidhi in the early 1970s regarding a matter concerned with the growth of the party and hence was expelled from the party in 1972. MGR was a film personality who has donned the do-good roles in many of his films. Due to his glorious popularity he started his own party called the ADMK in 1972 under the name of his political mentor, Anna Durai.

From then on these two parties have been returning to power during elections. In the recently concluded elections, ADMK once again returned to power. Its founder MGR passed away in the year 1987.

Difference Between Indian Congress and BJP

Difference Between Muslim Rule and British Rule in India 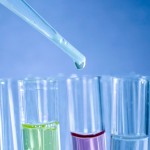