E coli is rather a common reference than a scientific name of the well-known gram-negative bacteria that poisons the human food to dangerous consequences. The scientific notation of this bacterium should be presented as the Escherichia coli or E. coli, in the italicized letters. E coli is a facultative anaerobic bacterium with a rod-shaped body. They prefer to live in the posterior intestine of endothermic (warm-blooded) animals. Some of the serotypes of E coli can be dangerous to humans and can cause serious food poisoning. Despite the existence of dangerous and pathogenic strains of E coli, the most strains are harmless to other animals. Therefore, their presence in the gut should not be considered as a threat to the existence of humans.

In fact, the harmless E coli strains make a portion of the gut flora, which could be as high as 30% in some bird species. E coli could be transmitted to humans through the alimentary tract, either orally or through the anus. Usually, the dangerous strains live around polluted waters of the environment; hence, their presence could be an indicator for the bad quality of the environment.

Salmonella is a non-spore forming bacterial genus of the Family: Enterobacteriacea. There are two identified species of this genus known as S. bongori and S. enterica. Despite the fact that Salmonella is the genus in the biological nomenclature, it is a common name, as well. Salmonella has a rod-shaped cell like the E coli does. This Gram-negative bacterium could be stated as an ever-moving organism.

Salmonella does not have a good reputation as a friendly microorganism with the warm-blooded animals since it can cause some serious illnesses viz. typhoid fever, paratyphoid fever, foodborne illness, etc. They can be zoonotic, which means infections can take place between humans and other animals. However, the serotype Salmonella typhi has only been reported in humans, but not in other animals. Salmonella can enter the humans and other animals through food, especially when the food is undercooked or taken raw. It is said that every other Salmonella serotype is capable of causing illnesses in animals.

What is the difference between E coli and Salmonella?

• E coli can be described as a species, but Salmonella is a genus with two species and thousands of subspecies. Additionally, their generic names are different, despite they have been classified under the same Family.

• The pathogenicity of Salmonella is much higher than that of E coli.

• The incidence of E coli in the human gut flora is much higher than the existence of Salmonella in humans.

• Salmonella has flagella but, not in E coli. 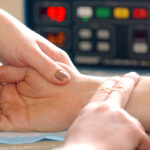 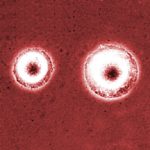 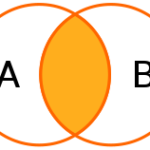