Earthquake and Tsunami are both natural disasters of epic proportions that have caused devastation in terms of damage of property and lives whenever they have struck in any part of the world. These disasters are not of same magnitude all the time and it is their magnitude that decides the level of destruction that takes place in their wake. There are many similarities between earthquakes and tsunamis but there is also difference between earthquake and tsunami. This article will highlight the features of both and how they are related at the same time pointing out their differences.

Earthquake is sudden shaking and quivering of earth that takes place when the plates that are below the surface of the earth change directions. The term earthquake is referred to sudden slip on a fault that results in trembling of earth along with release of seismic energy. Earthquakes are also caused by volcanic activities and other geological processes that induce stress below the surface of earth. Though earthquakes can take place anywhere in the world, there are some places on earth that are more inclined and prone to experience earthquakes than others. Since earthquake can take place in any weather, any climate, and any season and anytime of the day or night, it becomes difficult to predict with certainty the exact time and place.

Seismologists are the scientists who study earthquakes. They collect all the information about previous earthquakes and analyze it to come up with the probability of earthquake taking place on any part of the earth.

Tsunami is a series of sea waves that are huge and move forward at a great pace to engulf anything that comes in its direction. Tsunamis are caused by landslides and earthquakes taking place at the floor of the ocean or even beneath it. This displacement of the sea floor causes displacement of huge volume of sea water above it. This displacement takes shape of monstrous waves of water moving at high speed causing much devastation and damage of life and property especially in the coastal areas. When ever a coastline experiences a tsunami, it is mostly because of an earthquake occurring near the coast or any distant part in the ocean. The earth quake causes no damage or devastation but the sea waves created by it in the form of tsunami spell disaster for those living in coastal areas.

Majority of tsunamis are cause by subduction type earthquakes where an oceanic plate is pushed underneath a continental plate. This causes a huge amount of stress followed by a minute or two of strong trembling which is sufficient for development of huge tsunami waves. 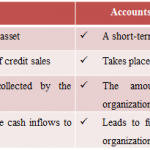 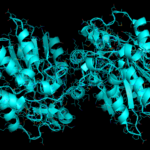