For those desirous of pursuing higher education with a career in research and education, there are several doctoral level degrees with PhD being the most popular one in all parts of the world. This is a degree that is referred to as Doctor of Philosophy though the word philosophy does not literally translate into a doctorate in the subject of philosophy. Being a doctorate level degree, a student qualifies to be called a doctor in his chosen field of study. There is another degree EdD which is quite similar to PhD, and it is called Doctor of Education that confuses many. This article attempts to highlight the differences between EdD and PhD to enable readers interested in making a career in the field of education choose either of the two degrees easily.

PhD is an educational degree that is called the Doctor of Philosophy and reflects the fact that the student has become a doctor after passing this degree in his chosen subject. Philosophy word is used to indicate the love for wisdom as doctorate can be attained in arts, science, or even engineering streams. However, there still are many universities that award PhD only in liberal arts. The major requirement of this doctoral level degree is submission of original research paper that is good enough to be published in a journal. The student is required to remain on campus under the supervision and guidance of a professor. PhD can be undertaken only after having completed one’s bachelor level undergraduate degree. It is when the thesis or dissertation of the student is published in a journal ad has been reviewed by a panel of experts that he is awarded the degree of PhD. A career in research and teaching requires students to complete their PhD to progress to higher levels smoothly.

EdD is a doctoral level degree called the Doctor of Education. It is a degree that is considered good for students who want to make a career in the field of academics and research. Students passing this doctoral degree get lucrative career options in academics and research in both public as well as private organizations. This is a degree that is considered the terminal degree or the highest level degree in a subject. The degree is common in US and other countries in North America. Many people think of it as an equivalent to the PhD, but despite overlapping, there is quite a bit of difference.

What is the difference between EdD and PhD?

• Both PhD and EdD are research based doctoral level degree programs that require original research by the student.

• PhD is a degree awarded in most fields of study whereas EdD remains an education based degree.

• PhD is common in English speaking countries, especially UK and the rest of the commonwealth.

• For students desirous of a career in teaching to become professors one day, PhD is a better option.

• PhD is a degree that is better if you are interested in making teaching a profession whereas EdD is a better choice if you want to be a practicing educator or an educational administrator such as a school superintendent.

• However, either of the two degrees is sufficient to be labeled a doctor and for employment purposes.

Difference Between MSc and MPhil

Difference Between MSc by Research and MPhil

Difference Between PhD and Masters 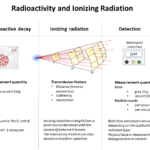 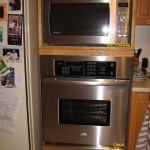 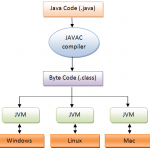