Edema or swelling is a consequence of acute inflammation. Acute inflammation is a physiological reaction of the body to injury. Injurious agents damage the tissues. They trigger the release of histamine from mast cells, blood vessel lining cells, and platelets. There is an initial reflex contraction of the capillary bed to limit entry of injurious agents into the blood stream. Histamine and serotonin released from mast cells, capillary endothelial cells[1], and platelets relax the capillaries and increase the permeability of capillaries. These cells contain a pre-formed amount of these vasoactive substances ready to be released at a moment’s notice. This marks the onset of fluid exudation. Histamine is the key inflammatory mediator released during the immediate phase of acute inflammatory reaction. During the latent phase, other more potent inflammatory mediators like serotonin, leukocyte proteins, bradykinins, Kallikreins, arachidonic acid derivatives, leukotrienes, and acute phase proteins further increase capillary permeability and platelet activation. Therefore, a large amount of water and electrolytes leak into the inflamed tissues. When the water moves out, the hydrostatic pressure inside the capillaries goes down. Therefore, osmotic pressures inside and outside the capillaries equalize. This will be the end of water movement if it is only water that moves through the capillary walls. In acute inflammation, it is not the case. Through enlarged gaps in the blood vessel wall lining, proteins leak out. These proteins draw water out into the tissues. This is called hydrophilic interactions. Protein breakdown due to tissue damage increases this water movement further. At the venous end of the capillary bed, water does not enter the circulation because water gets held by in the tissue by electrolytes and proteins. Therefore, the amount of fluid exiting the arterial end of the capillaries is larger than the amount of water that enters the venous end of the capillaries. Thus swelling occurs.

Fluid leakage is not the only thing happening during acute inflammation. Usually the blood vessel wall lining and cell membranes of blood cells are negatively charged, keeping them apart. In inflammation, these charges change. Loss of fluid from the blood stream at inflamed sites disturbs the laminar blood flow[2]. Inflammatory mediators promote roulaux formation. All these changes drag the cells towards the vessel wall. White blood cells bind to integrin receptors on the vessel wall, roll along the wall, and exit into the inflamed tissue. Red blood cells spurt out through the gap (diapedesis). This is called cellular exudate. Once outside, white blood cells migrate towards the injurious agent along the concentration gradient of chemicals released by the agent. This is called chemotaxis. After reaching the agent white cells engulf and destroy the agents. The assault of white cells is so severe that surrounding healthy tissue also gets damaged. According to the type of the injurious agent, the type of white cells entering the site varies. Resolution, chronic inflammation, and abscess formation are known sequel of acute inflammation.

1. Difference Between Epithelial and Endothelial Cells

Difference Between Alzheimer’s and Senility

Difference Between Mutagen and Carcinogen 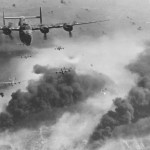