When the nutrients have been used up to extract energy by burning with oxygen or other metabolic means, the waste products should be discharged out of the body. In addition, not all the ingested food will be stored inside the body, but there will be some waste, as well. Therefore, these have to be discharged out of the body. In both egestion and excretion, contents are let out of the body and sometimes these contents are released out through the same body part. Thus, the actual processes of excretion and egestion might cause some confusion. The two processes are highly different from each other with respect to the metabolic pathways and involved body organ systems. Therefore, it would be important to go through some information about these vital processes taking place inside the body of everyone.

Egestion could be defined as the discharge of undigested food particles or matter from the body of an animal. After the ingestion, food is being digested and absorbed into the body, the indigestible food matter is left in the body, and the body should get rid of it. In egestion, a series of processes take place, and the method of discharge depends on whether the animal is unicellular or multicellular; the expulsion of undigested food materials are moved out of the body through the digestive tract and anus in multicellular organisms while the discharge takes place through the cell membrane in unicellular organisms.

Despite those differences, the metabolic pathway that leads to egestion is mostly the same in most animals for a particular food material. The discharged material is commonly known as the faeces or dung. Egestion takes place through the anus or the cloaca, but some invertebrates such as flatworms discharge their waste food as faeces through the mouth. In egestion, the discharged food matter is usually thick or sometimes semisolid, as the maximum amount of water is absorbed into the animal’s body when the food passes through the large intestine. Most of the time, these faecal matters have an unpleasant odour. One of the important features of this defecated matter is that it has never been absorbed into the cells.

Excretion is the discharge of substances that have gone through one or several metabolic processes inside the body of an animal. Exhaling step of respiration, urination, and sweating are the main excretory processes of an animal. During the exhaling in respiration, the carbon dioxide generated inside cells is let-out through the nasal cavity. Cellular respiration produces carbon dioxide and that is transported into the lungs through the circulatory system, and the lungs execute the exhaling process.

Urination is, however, the main excretory process, and which is extremely crucial for the maintenance of ionic and water balance of the body. When the muscles perform their functions, the sweat is formed, and those are discharged through sweat glands in the skin. Since sweat glands are only found in mammals, sweating is a mammal-specific excretory process. When the places of those excretory processes are considered, it is clear that excretion takes place in few places such as the nares or mouth, skin, and urinary organs (cloaca and penile or vaginal urethra). Most of the time, excretory products are fluids, which are possibly toxic if someone is exposed substantially.

What is the difference between Egestion and Excretion?

• The discharged matter has never passed through a cell in egestion, while it has in excretion.

• Egestion usually takes place at the anus and rarely through the mouth, whereas excretion takes place through many organs such as nares or mouth, skin, and cloaca or sex organs.

• Some excretory processes are mammal-specific but none of like that for egestion.

• Egestion is one process, but excretion could be different processes.

Difference Between Secretion and Excretion 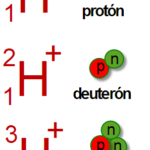