Electromagnetic radiation, or more commonly known as EM radiation, was first proposed by James Clerk Maxwell. This was later confirmed by Heinrich Hertz who successfully produced the first EM wave. Maxwell derived the waveform for electric and magnetic waves and successfully predicted the speed of these waves. Since this wave velocity was equal to the experimental value of speed of light, Maxwell also proposed that light was, in fact, a form of EM waves. Electromagnetic waves have both an electric field and a magnetic field oscillating perpendicular to each other and perpendicular to the direction of wave propagation. All electromagnetic waves have the same velocity in vacuum. The frequency of the electromagnetic wave decided the energy stored in it. Later it was shown using quantum mechanics that these waves are, in fact, packets of waves. The energy of this packet depends on the frequency of the wave. This opened the field of wave – particle duality of matter. Now it can be seen that electromagnetic radiation can be considered as waves and particles. An object, which is placed in any temperature above the absolute zero, will emit EM waves of every wavelength. The energy at which the maximum number of photons is emitted depends on the temperature of the body. 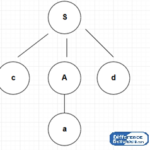 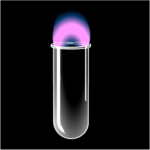