The term “electro” means the electricity or any charge. Static means not varying with time. The field of electrostatics tackles the problems involving a static electric field. There are few main concepts in electrostatics. The mutual force acting on two charges of Q1 and Q2 placed distance r apart from each other in a medium having a permittivity of ε, is F = Q1 * Q2 /4πεr2. If both of the charges are of the same sign, the force is repellent. If the charges are of different signs, the force is attractive. Another important concept is the potential of the electric field. This is defined as the amount of work required to bring a test charge of 1C from infinity to the given point. The potential due to a point charge is equal to Q / 4πεr. For a potential energy of a charge Q1, the equation we get is Q * Q1 /4πεr2. A static electric field does not create a magnetic field.

Difference Between Electromagnetism and Magnetism 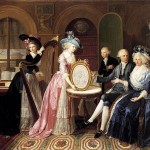 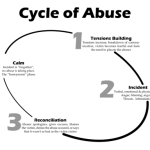