What does Elicit mean?

If one looks up a dictionary, he finds that elicit is a verb that means to draw out or evoke a response. For example, look at the following sentence.

The lawyer found very hard to elicit a response from the witness, who almost turned to be hostile.

Here, the word elicit is used in the sense evoke a response. Therefore, the sentence can be rewritten as ‘the lawyer found very hard to evoke a response from the witness, who almost turned to be hostile.’

What does Illicit mean?

Illicit, on the other hand, refers to things and activities that are banned or considered illegal in a particular place or country. Illicit is an adjective. For example look at the following sentence.

The judge ordered prison for the person convicted of selling illicit liquor.

Here, illicit is used in the sense of illegal. Therefore, the sentence means ‘the judge ordered prison for the person convicted of selling illegal liquor.’

Illicit is a word that is also used for relationships. A teacher, when he has sexual relations with his student is considered immoral in some countries, and the teacher is said to have illicit relationship with his student. Illicit is mostly used for activities that are illegal such as drug trafficking or trafficking of girls. As the Oxford English dictionary defines, illicit means forbidden by law, rules or custom. 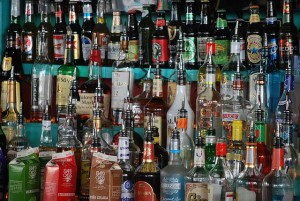 “The judge ordered prison for the person convicted of selling illicit liquor.”

Now that you have got to know what both the words, elicit and illicit, mean, let us see what word should be used in the following examples.

She had to suffer a lot in the school as her own classmates ridiculed her for her father’s elicit/illicit affair with one of his students. (In this sentence, the word illicit should be used as we are talking about something illegal. Also, see that the word that you choose should be a qualifier of the noun affair. That leaves us with the adjective illicit)

Detective Espanto uses a conversational style when questioning suspects. It helps him to elicit/illicit responses easily. (Here, the word elicit should be used as we are speaking about drawing out responses from suspects.)

Mr. Rodent was arrested for producing and distributing elicit/illicit liquor. (Here, we are speaking about someone being arrested. So, it should be illicit as it means illegal.)

What is the difference between Elicit and Illicit?

• While elicit means to extract or draw out, illicit is something contrary to the law or illegal activity.

• Illicit is an adjective, whereas elicit is a verb.

• As people make mistakes hearing them, it pays to listen carefully. Look at the following sentence to nail home the point. 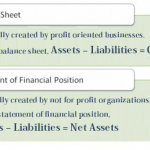 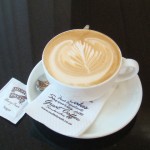